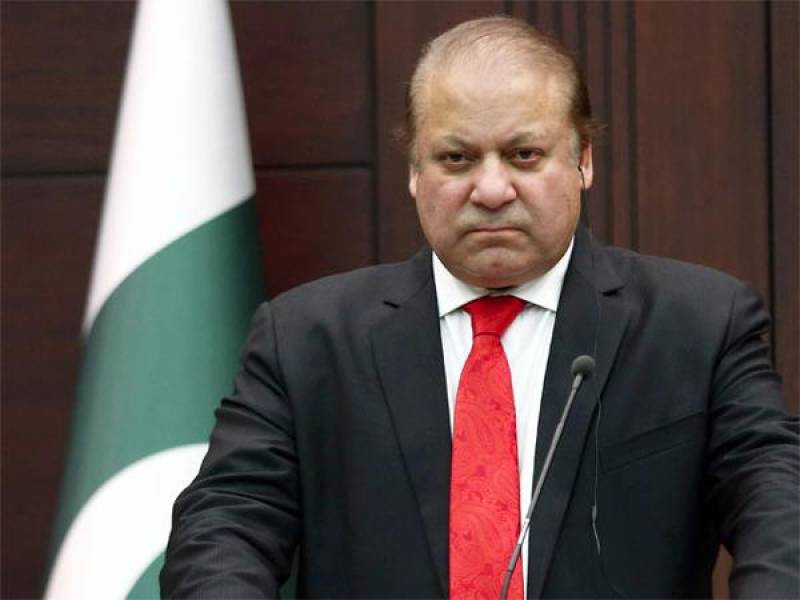 Speaking to newsmen outside the accountability court on Wednesday, the leader of ruling Pakistan Muslim League Nawaz remarked that the incident in question was saddening, adding that this was the culture of PTI.

The former premier declared that all hidden agendas of PTI were being exposed one by one.

Sharif, who continued his testimony in the Avenfield reference on the second day, also questioned PTI’s performance in Khyber Pakhtunkhwa, wondering whether the party could present a single development project which is worth mentioning.

PTI has done nothing but staged dharnas and followed the umpire’s finger, he added.

He also opened up about the alleged media censorship asserting that it was saddening to see that the media was being threatened.

“Please remember all small things are being noted, the nation remembers everything,” observed the elder Sharif.

To a query about his recent narrative and its resonance with the masses, the former lawmaker said that the entire nation agrees with his statements.

The brawl erupted when Aziz called Haq a ‘thief’ following which the PTI leader lost his temper.

The show host, Muneeb Farooq, however, managed to defuse the tense situation following the fight.