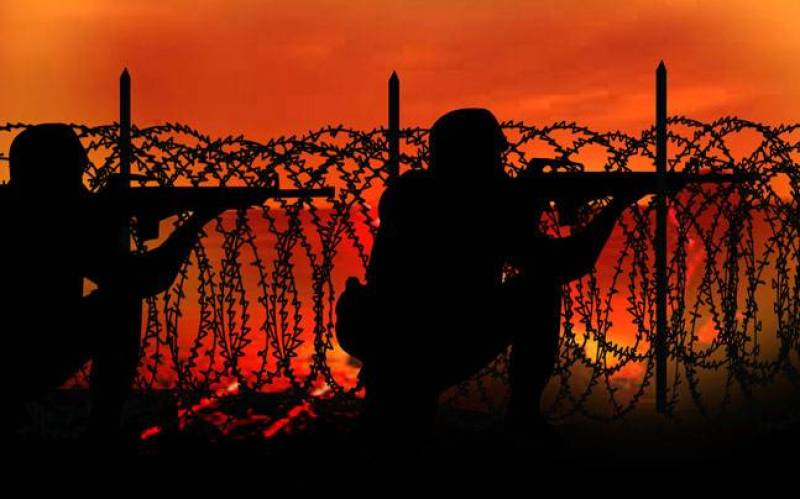 Capt Taimoor was from 123 PMA Long Course which passed out in April 2011. His battalion/unit was 8 NLI (Northern Light infantry).

The exchange of fire between Pakistani and Indian troops is ongoing.

"It may be mentioned here that in order to distract attention from the real issue of atrocities in India-held Kashmir by Indian troops, they are now targeting civilians population across the LoC towards the Pakistan side," the ISPR statement added.

On Monday, Indian forces targeted Jandroot, Kerala and Baroha sectors, killing four civilians and injured 10 others on Pakistani side. They were identified as Altaf, Nazia, Atique and Tassavur, according to ISPR.

On Saturday, the Pak-Army had shot down an Indian spy drone in Rakhchakri sector. Director-General ISPR Lt. Gen. Asim Saleem Bajwa said that Indian quadcopter was shot down at 4:45pm PST by the troops at Aagahi post.

On the same day, Indian forces had martyred four minors on the Pakistani side of the LoC.

For nearly three months now, Indian forces have been violating the ceasefire agreement along the LoC and the Working Boundary. The aggressive posturing and continuing unprovoked fire by India has resulted in martyrdom of a number of Pakistani civilians and military troops.

Pakistan has repeatedly protested against the border violations on the diplomatic level, while the Pakistan Army and Rangers have also been responding to the Indian firing and shelling in a befitting manner.