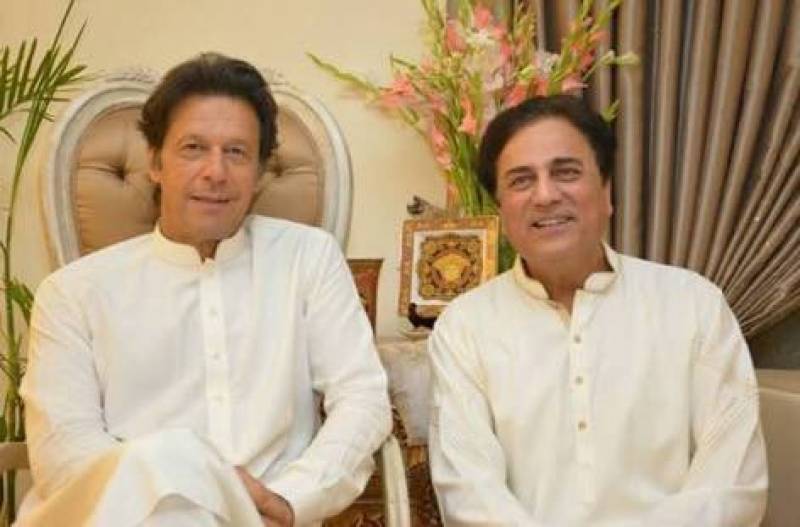 ISLAMABAD – PTI lawyer and political adviser Shahzada Naeem Bokhari has been appointed as an independent director and chairperson of the Pakistan Television Corporation's (PTV) Board.

"Pursuant to the provisions of Section 166 of the Companies Act, 2017, the Federal Government is pleased to appoint Shahzada Naeem Bokhari as Independent Director of Pakistan Television Corporation Board," a notification of Ministry of Information and Broadcasting read.

"The Chairman shall, unless he resigns earlier, hold office for a period of 3 years. The Board of Directors, PTVC is directed to ratify his nomination as Chairman," the notification added. 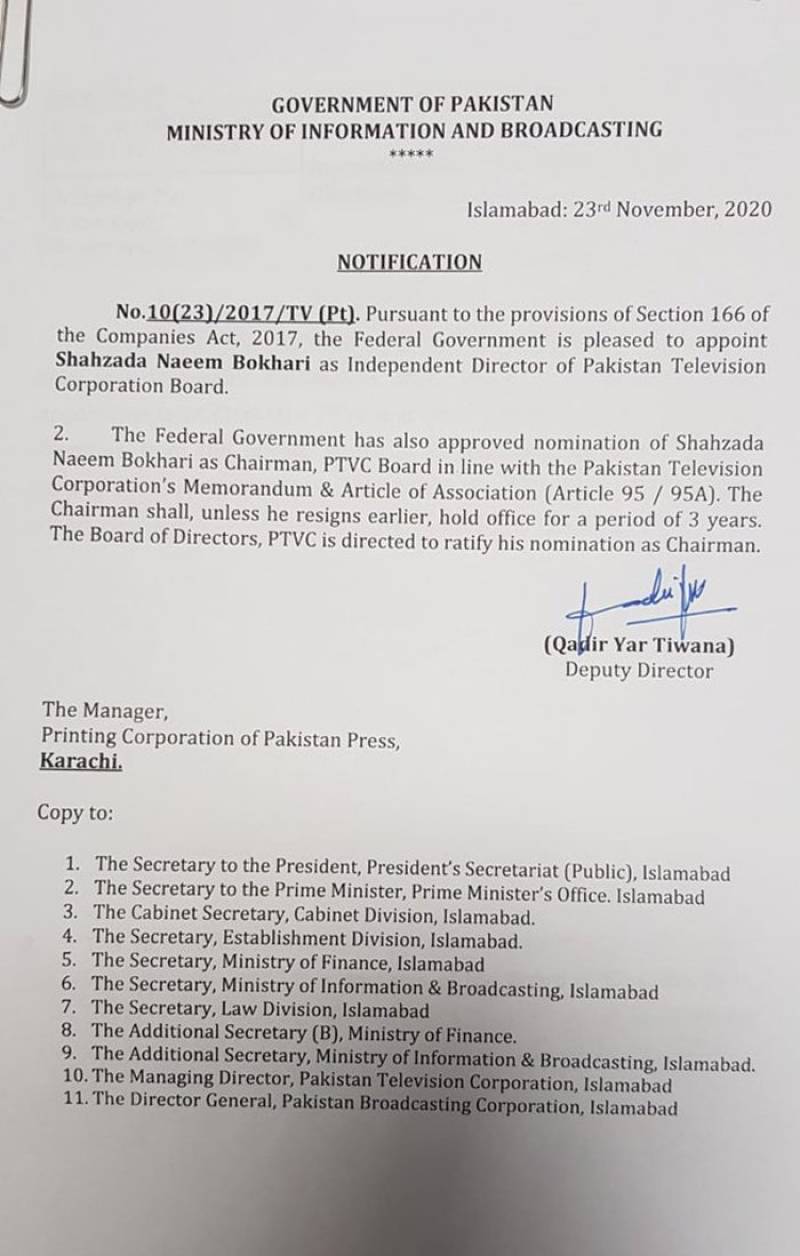 In September 2020, the Islamabad High Court (IHC) had declared the appointment of PTV Chairman Arshad Khan and independent directors on the state broadcaster's Board as illegal in a verdict issued by Justice Mohsin Akhtar Kayani.