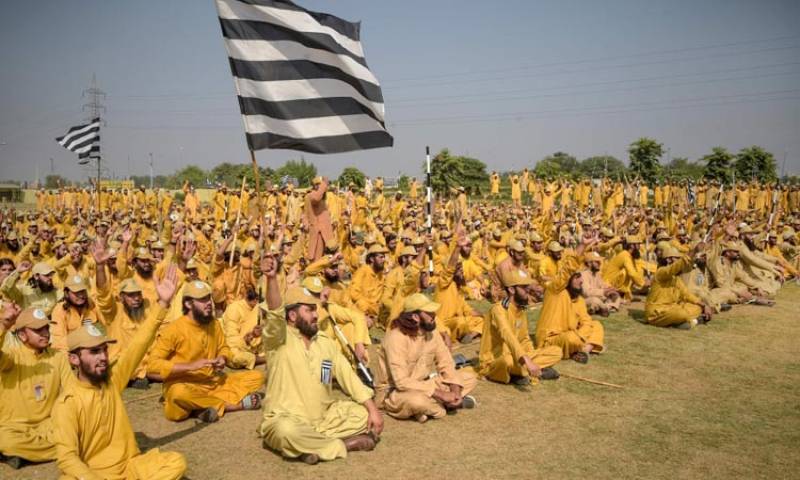 ISLAMABAD - The government on Wednesday gave a green signal to Jamiat Ulema-i-Islam-Fazl (JUI-F) for holding a protest march later this month in peaceful manners.

Local media reports say the decision was made in a meeting of the committee set up for talks with the opposition. The meeting was presided over by Prime Minister Imran Khan.

The premier said that the government believe in the democratic right to protest, however, he added that no one will be given open hand to destroy property on paralyze the lives of people.

The spokesman of the committee said opposition will have the permission as long as the Azadi March remains peaceful and follow the court verdicts regarding the protests in the capital.

He added that the Ministry of Interior will make his strategy on his own to implement the court rulings.