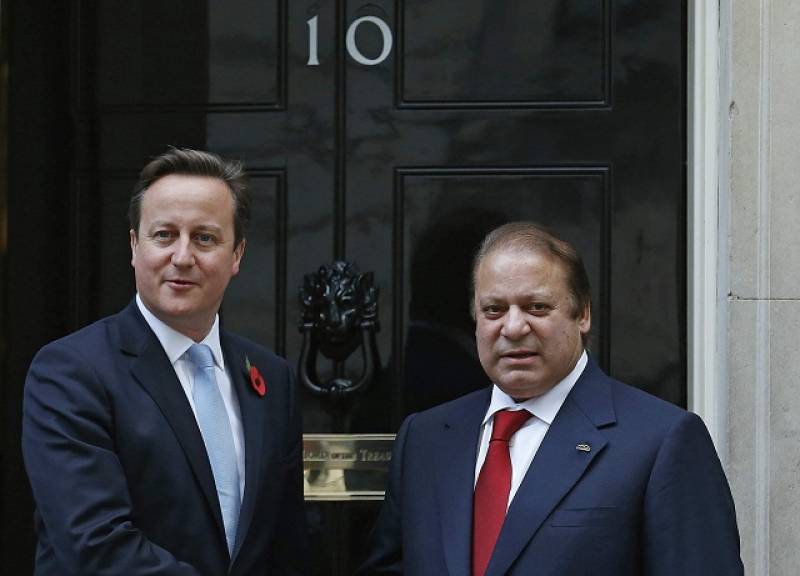 According to a statement both leaders discussed bilateral ties of Pakistan and United Kingdom in the meeting. They agreed to enhance the cooperation among both countries.

Nawaz Sharif thanked David Cameron for support in fight against terrorism. He urged the British premier to push India to stop violating ceasefire along Line of Control (LoC).