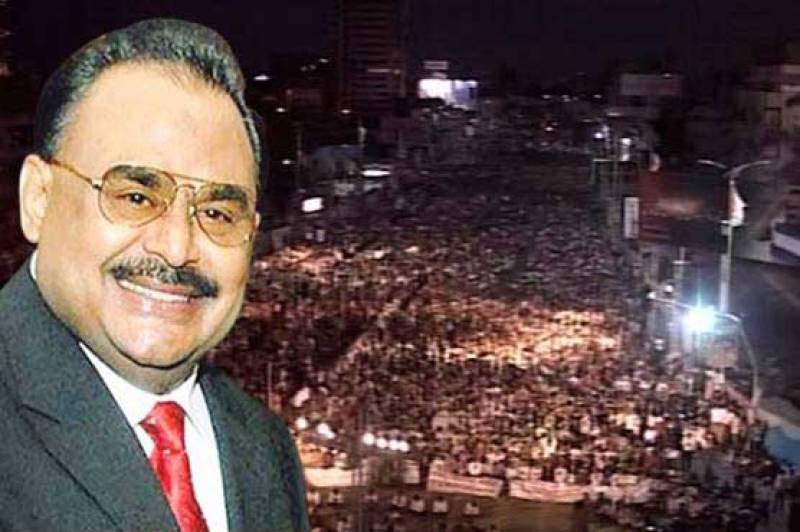 KARACHI (Web Desk/Agencies) - MQM chief Altaf Hussain congratulated his supporters over Kanwar Naveed Jameel’s victory in the NA-246 by-poll, he said on early hours of Friday the masses have dismissed all allegations hurled at his party in the recent past.

Speaking to a large numbers of supporters gathered at Jinnah Ground to celebrate the party’s triumph, he said that the masses have also rejected the ongoing ‘media trial’ of the MQM.

“Altaf Hussian’s bond with the people cannot be broken with media trial,” he added.

According to the official results, the MQM’s Kanwar Naveed trounced his two rivals by grabbing 95,644 votes followed by Imran Ismail, a candidate of Pakistan Tehreek-e-Insaf (PTI) who bagged 24,821 votes.

The elated MQM chief said that his opponents used all tactics to demean his party, but the God has saved their respect and granted them a great victory. He thanked the almighty for the landslide victory over rivals.