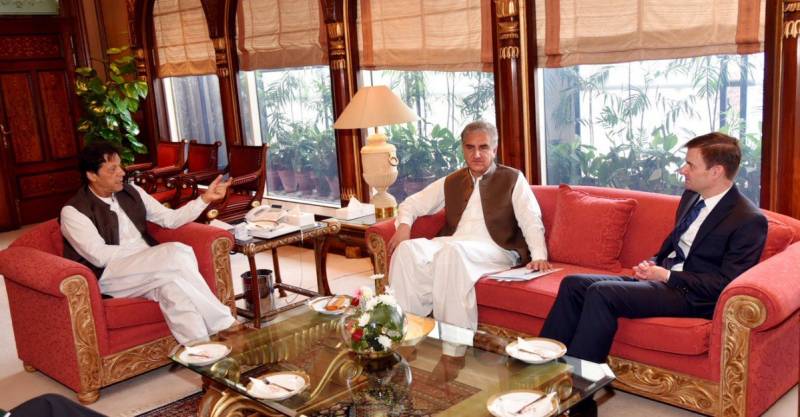 The US Ambassador and Prime Minister Imran Khan discussed issues of mutual interest.

Hale told the foreign minister that this, along with a "readiness to turn the page", were the objectives of US Secretary of State Mike Pompeo's upcoming visit to Pakistan, a statement issued by the FO spokesperson's office said.

Foreign Minister Qureshi underscored the importance of Pakistan's longstanding relations with the US and said that he looked forward to welcoming US Secretary of State Mike Pompeo in Islamabad.

Qureshi assured Ambassador Hale that his interactions with US leadership would be based on honesty and sincerity so as to develop a sustained partnership in the interest of both countries.

He thanked Ambassador Hale for his services in Pakistan and congratulated him on in his next assignment as Undersecretary for Political Affairs at the US State Department, the press release said.

ISLAMABAD - Taking a stand against American propaganda against Pakistan, the Foreign Office on Thursday clarified that ... 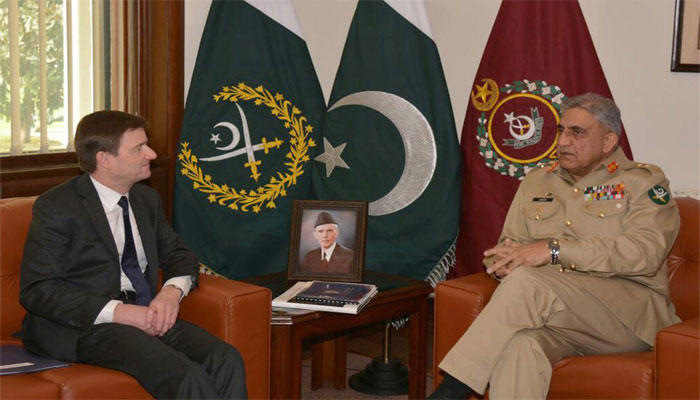 The army’s media wing said that the Army Chief thanked Ambassador for his services in Pakistan and acknowledged his contributions towards Pak-US relations.

Ambassador Hale thanked the COAS for the contributions of Pak Army towards regional peace and stability.

In a message before meeting the Pakistani officials, Ambassador Hale said in a tweet: "Serving as the American Ambassador to Pakistan has been a great privilege. I carry with me the kindness, warmth and hospitality the Pakistani people have shown me since I arrived in 2015."