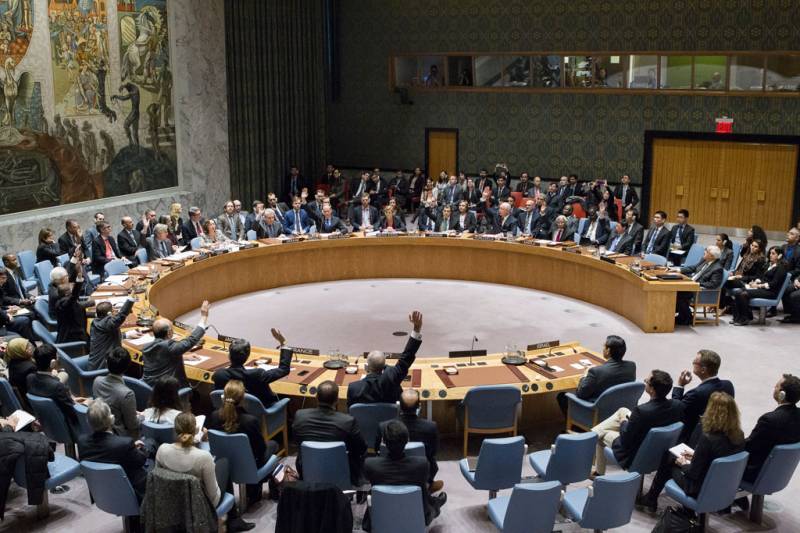 UNITED NATIONS - The UN Security Council voted in favour of a resolution demanding the halt of settlement activity by Israel on occupied Palestinian territory, here on Friday.

The surprising aspect of the proceedings was the fact that the Obama administration had intentionally refrained from vetoing the resolution signalling shift in ties with its long-standing ally.

The resolution says Israel’s settlements on Palestinian territory occupied since 1967, including East Jerusalem, have 'no legal validity' and demands a halt to 'all Israeli settlement activities,' saying this 'is essential for salvaging the two-state solution'.

The resolution reiterated that Israeli settlement was a 'flagrant violation' of international law.

The resolution was put forward at the 15-member council for a vote on Friday by New Zealand, Malaysia, Venezuela and Senegal. Israel and Trump had called on the United States to veto the measure but the Obama administration shrugged off the suggestion.

The resolution was passed by a 14-0 vote and a loud applause was heard in the chamber when the US ambassador, Samantha Power, abstained from vetoing the resolution.

All remaining members of the security council, including the UK, voted in support. Egypt, which had drafted the resolution and had been briefly persuaded by Israel to postpone the vote, also backed the move.

A resolution requires nine votes in favour and no vetoes by the countries including United States, France, Russia, Britain or China in order to be adopted.

Among those who welcomed the resolution was UN secretary general Ban Ki-moon.

After the resolution was passed, chief Palestinian negotiator Saeb Erekat expressed his satisfaction and declared it a victory for international law.

'This is a day of victory for international law, a victory for civilised language and negotiation and a total rejection of extremist forces in Israel," he said.

'The international community has told the people of Israel that the way to security and peace is not going to be done through occupation but rather through peace, ending the occupation and establishing a Palestinian state to live side by side with the state of Israel on the 1967 line,' Erekat added.

On the other hand, Israel was left fuming after the resolution as it was expecting US to bolster its position over the issue.

“Israel rejects this shameful anti-Israel resolution at the UN and will not abide by its terms,” a statement from Prime Minister Benjamin Netanyahu’s office said.

The statement also suggested that Obama administration not only failed to protect Israel against the gang-up at the council but it colluded with it under the wraps.

"Israel looks forward to working with President-elect (Donald) Trump and with all our friends in Congress, Republicans and Democrats alike, to negate the harmful effects of this absurd resolution," the statement concluded.

As many as 430,000 Israeli settlers currently reside in the West Bank and a further 200,000 Israelis live in East Jerusalem, which the Palestinians see as the capital of their future state.