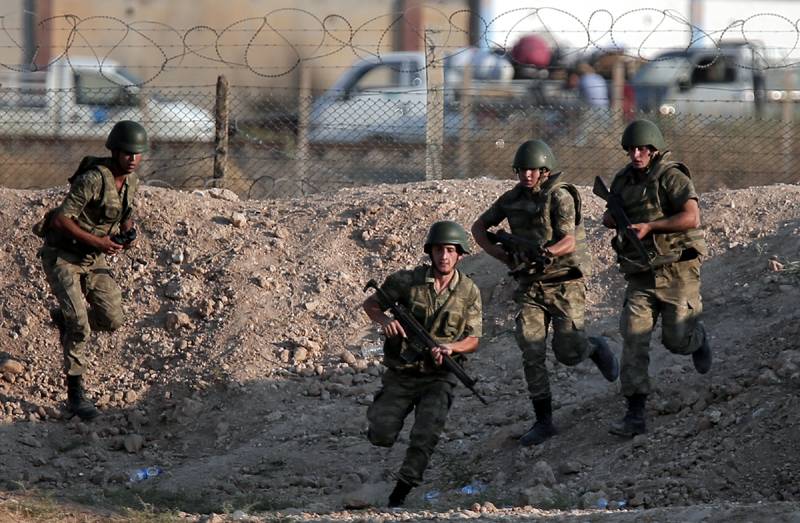 MOSCOW - A Turkish soldier was killed and eight others wounded on Tuesday by fire coming from the northern Syrian city of Manbij, media said.

The soldiers came under mortar and cannon fire by Kurdish militias, the Turkish state-run Anadolu newsagency said, citing the Defense Ministry. Fifteen Kurds were killed in the exchange of fire.

Turkish troops and allied forces have been gathering outside the stronghold of the Kurdish and Syriangovernment forces as part of Operation Peace Spring.

Turkey launched the military offensive last week against what it says are Kurdish and Islamic State (banned in Russia) terrorists. It wants to create a "safe zone" stretching from Manbij to the Iraqi border.

Manbij is a key Kurdish city in  Syria's north. Kurdish fighters, who used to be allied with the United States, reached a deal with the Syrian government over the weekend to get help in repelling the Turkish incursion. The Syrian army reportedly entered the city on Monday.

Meanwhile, the US-led coalition in Syria confirmed Tuesday it had pulled all of its troops out of the city of Manbij, which is now controlled by regime forces.

"Coalition forces are executing a deliberate withdrawal from northeastSyria. We are out of Manbij," a spokesman said.