Ram Rahim: From farm to prison 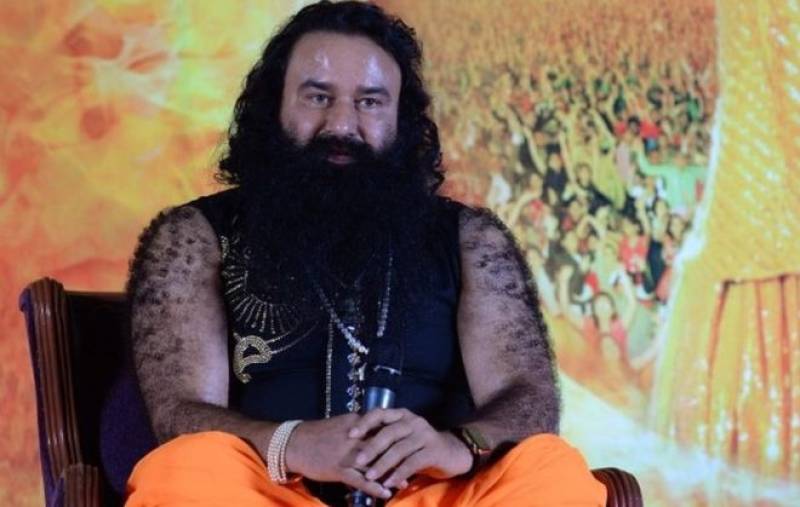 The self-proclaimed "Godman" who goes by the moniker “Ram Rahim”, has for decades fascinated millions of his followers and non-followers with his colourful eccentricities and enormous wealth and influence with political connections across parties. However, he now lives like a common convict in Rohtak's Suniara jail.

In 2002, Singh was investigated by India's federal police for murder and alleged rape, charges he has denied. He has also been accused of forcing 400 of his followers to undergo castration so they could "get closer to god".

MUMBAI - Though no evidence could pacify the growing agitation over its claims of surgical strikes, India, ...

He told the Times of India that the last charge was "cent-per-cent false. I never asked anyone to do so".

Though he officially renounced his family after becoming an 'ascetic', he continued offering his duties as the head of the family.

He was born in Sri Gurusar Modia village in Rajasthan’s Sri Ganganagar district on August 15, 1967, to a landlord father. An only child, Gurmeet helped his father in the farm in his early years.

Being the son of a landlord, Ram Rahim did not start off with humble beginnings. His mother, Naseeb Kaur was a typical Indian devout housewife. His father, Maghar Singh came in touch with Dera Sacha Sauda pretty early in life.

According to India Today, the dera founded by ascetic Baba Balochistani Beparwah Mastana attracted followers from the backward and dalit sections of society, who couldn't get the equality that Sikhism promised. Jat and Khatri Sikhs never accorded them equality in practice.

Rahim's father was a Jat Sikh. The dera head Shah Satnam was a Khatri Sikh, who had succeeded Mastana. Maghar Singh was a follower of Satnam Shah and devoted a lot of time in spreading his spiritual leader's thoughts. Maghar Singh's son Gurmeet wasn't as spiritual but accompanied his father to the dera.

Gurmeet Singh's friend Gurjant Singh was jailed after he avenged his uncle's murder. In jail, Gurjant was radicalised by separatist Khalistani militants. Once he came out of jail, Gurjant became a Khalistani militant and rose quickly in the ranks. Gurmeet meanwhile was a full-time worker in the dera, doing odd jobs, driving a tractor or assisting his father in seva.

However, dera head Shah Satnam unexpectedly announced that he would retire after handing over the leadership to a successor. Though Gurmeet was not one of the three contenders, the dera head suprisingly anointed Gurmeet Singh his successor and gave him the name Huzoor Maharaj Gurmeet Ram Rahim.

According to rumours that made rounds in Sirsa, Gurjant Singh and a revolver were involved in the process. There is no evidence of any threat of violence, but people still attribute Gurmeet's rise to Gurjant's notoriety. Gurjant was later killed by security forces in Mohali.

The new dera head wasn't the simple-living-high-thinking leader that his predecessors had been. His love for shiny costumes took an obsessive tone later. He has a son and two daughters when he became celibate. The family that he publicly renounced continued to be with him in his dera quarters.

NEW DELHI - At least 30 people were killed and over 250 injured on Friday when clashes broke out in northern India ...

He himself was surrounded by sadhikas (women devotee attendees). He later adopted a bubbly young girl Honeypreet as his third daughter. The three call themselves Papa's Angels. All other devotees also call him Pitaji or Papa ji.  Honeypreet is the same woman who accompanied Baba Ram Rahim while he was being flown in a helicopter from the police lines complex in Panchkula.

Both Charanpreet and Amarpreet are married to men given fancy names by Baba Ram Rahim. Charanpreet's sons are named Sweetluck Singh and Subah-e-Dil. The daughters have acted in his MSG series of films. The sons-in-law assist in managing the dera business. His son Jasmeet Insan (a surname all his followers adopt) is married to a Punjab Congress MLA's daughter Husanmeet Kaur, now Insan.

Ram Rahim built a cave-themed palatial underground home in the dera where he would meditate and sexually exploit women. Based on the concept of harem in palaces, he would choose girls from among the devotees, make them surrender their bodies before him and these women would later remain in the dera and wait for being married off to male devotees who followed his orders like slaves or devotees do. These women were guarded by men allegedly neutered or castrated by the dera. This was not a secret. His private quarters were always guarded by his trusted gang of girls.

Women who rebelled against 'justified rape'

The rape, by the way, was called an act of pardon (maafi to be precise). Some women, as was later revealed, believed it was a blessing. But not all. The two women who testified against him had similar stories. The primary complainant, whose anonymous letter to Atal Bihari Vajpayee, became the basis of an FIR by CBI in 2002, told the CBI court that she was called by Pitaji (that's what they call him) into his gufa (cave) in the intervening night of August 28 and 29, 1999 for granting maafi (pardon). He threatened to kill her if she did not give in. The rape made her realise the reality of the dera. She complained to her brother, who revolted and escaped with her. He was later murdered.

The second complainant had grown up in the dera where her parents taught in a school. She was guarding the cave residence of the guru. He called her and she went in. The so-called Pitaji was in bed, apparently naked. She was shocked and tried running away. But it was too late. Nobody came to help her. She was raped. She managed to escape later. She lived to tell her story to the CBI court.

There are scores of other women who have remained silent out of fear or hopelessness. While the man loved his daughters and married them off to a life in luxury, his victims, who he called daughters, but treated like slaves have to live lives without dignity.