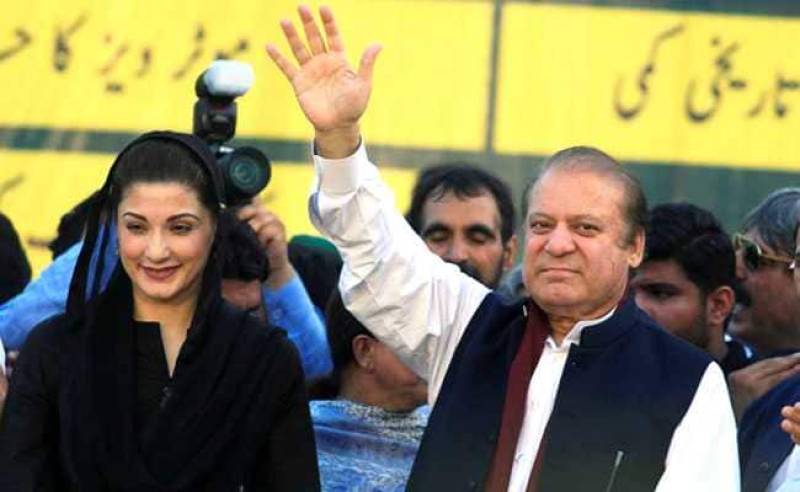 ISLAMABAD – An accountability court in the federal capital is set to announce its verdict in two corruption references against former prime minister Nawaz Sharif today.

Ahead of the verdict, a heavy contingent comprising Islamabad police, Rangers, and others has been deployed around the judicial complex, while roads leading to the accountability court have been closed.

PML-N workers will take to streets if the former premier is found guilty and might create hurdle for the government during his transfer to Adiala Jail.  In that case, according to sources, Nawaz would be shifted to jail by a helicopter if roads are blocked by the protesters.

Besides, the Interior Ministry has designed a special security plan to ensure the law and order situation in the federal capital. It will deploy additional 1,400 policemen and block exit and entry points of the city.

Along with deployment of eight prisoner vehicles, plainclothes policemen will also be deployed to arrest those found involved in ransacking public and private properties.

Accountability Judge Mohammad Arshad Malik had reserved judgment in both the references on December 19, 2018.

With the deployment of a heavy contingent of security forces, including rangers and 1,000 police officers, security around the Judicial Complex in Islamabad has been tightened ahead of the verdict.

On Sunday, the elder Sharif arrived from Lahore to Islamabad early Sunday and then met his younger brother and Leader of the Opposition Shahbaz Sharif at Ministers' Enclave. Shahbaz has been in the custody of the National Accountability Bureau (NAB) in connection with investigations in Ashiana housing scandal since October 5.

Both the leaders have formulated the strategy for a power show and also directed the PML-N lawmakers and workers to reach Islamabad to join the power show. They also agreed to seek support from the Pakistan People’s party (PPP) to steer out of the political quagmire.

If found guilty today, the three-time premier could be sentenced to up to 14 years in jail.

The court, which has indicted Sharif for allegedly making assets beyond his known means of income, had reserved the judgment earlier this week rejecting the ex-prime minister's request for postponement of the verdict as he wanted to submit some more documentary proofs to support his case.

On July 6, accountability judge Mohammad Bashir handed down convictions to Nawaz, his daughter Maryam, and son-in-law Capt (r) Mohammad Safdar in the Avenfield Properties reference and jailed them for 10 years, seven years and one year respectively. But on Sept 19, the Islamabad High Court suspended the conviction in September. NAB’s appeal against the suspension of the sentence remains pending before the top court.

His two previous governments were dismissed over corruption charges and through a bloodless military coup in 1992 and 1999, respectively.