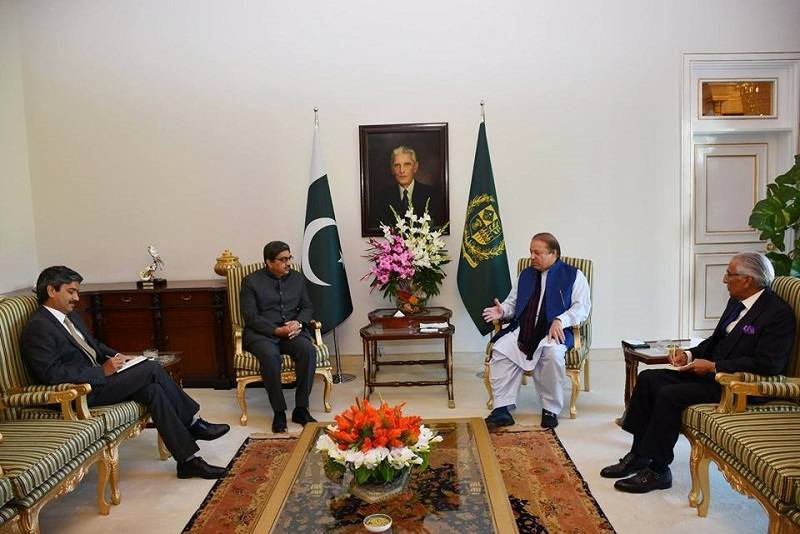 On the occasion, the Prime Minister extended a very warm welcome to the newly appointed Indian high commissioner and expressed confidence that Mr. Gautam Bambawale will work to bring the two countries closer.

The Prime Minister said its Pakistan’s policy to pursue good relations with all its neighbors including India and mutual cooperation between the two states can lead two numerous benefits in socio economic uplift of both the countries.

The Indian High Commissioner thanked the Prime Minister and expressed hope that his role would be beneficial in normalization and strengthening of bilateral relations between the two countries.