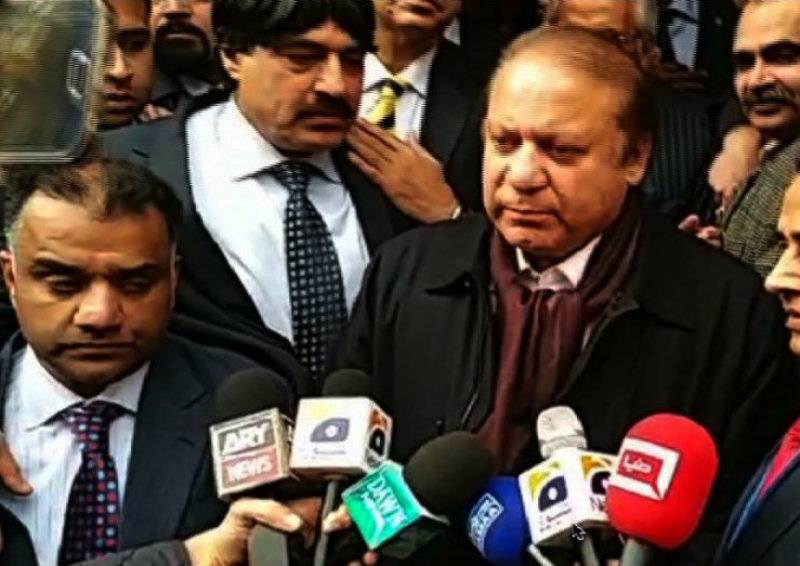 While talking to newsmen in London on return home after attending World Economic Forum in the Swiss city of Davos, Nawaz said Pakistan and Afghanistan have an agreement not to allow their respective soils for terrorist activities.

He said Pakistan is fully abiding by this understanding. However, some elements are active in Afghanistan, who carry out terrorist attacks in Pakistan.

The Prime Minister said Pakistan has always supported Afghan-owned and Afghan-led peace process in Afghanistan as a peaceful and stable Afghanistan is in the best interest of not only Pakistan, but also the entire region.

Muhammad Nawaz Sharif said a committee comprising Pakistan, Afghanistan, China, and the United States is working for peace in Afghanistan.

Answering another question, Nawaz Sharif said Army and all other institutions are on the same page in fight against terrorism.

To a question, the Prime Minister said Pakistan and India should not interfere in each other's affairs.

He said Pakistan is also working on the information provided by India in the backdrop of Pathankot incident, and the findings will be made public.

The Prime Minister said a Pakistani investigation team will also visit India to collect further information in this regard. Regarding National Action Plan, he said the government is fully determined to expedite its implementation and assured that all steps will be taken to root out the menace of terrorism.