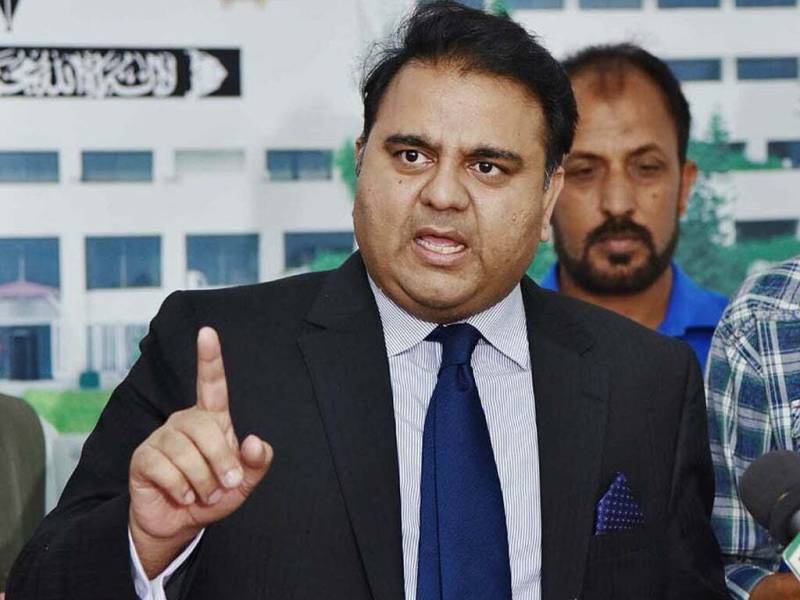 ISLAMABAD – PTI leader Fawad Chaudhry has said the PML-N has begun to speak against the judiciary and it will begin speaking against the army too over the next few days.

Fawad's remarks came as war of words between the PML-N and the PTI has intensified once again after the disputed election for Punjab chief minister's office on Friday.

Fawad has said the PML-N feels it has made a big mistake by aligning itself with the establishment against Imran Khan and now the party's vice-president Maryam Nawaz will seek to push an anti-establishment narrative.

"The flaw in this scheme is that people are no longer those of the 1990s and the competition is with Imran Khan," Fawad said.

He said the PML-N's plan of action will see it "completely forced out" of the country's politics but "the institutions will suffer damage" in the process.

Fawad censured the PML-N for what he characterised as oscillating between two narratives depending on the situation.

"They were brought into being by the establishment and the brothers decided that one will do pro-establishment politics, whereas the other will sell an anti-establishment narrative. When one narrative failed, they sought to push the other. This formula is also being transferred to the next generation," he said.

Maryam Nawaz had said a day earlier the PML-N would not accept "one-sided" decisions of the Supreme Court after it ruled that Punjab Chief Minister Hamza Shahbaz will work as a trustee CM till Monday (July 25).

"Amid pressure due to bullying, threats, misbehaviour and abuse, if the house of justice makes specific decisions via the same bench — and negates itself, negates its own decisions, puts its weight behind one side —  do not expect us to bow our heads before such one-sided decisions. Enough is enough!" tweeted the PML-N leader.