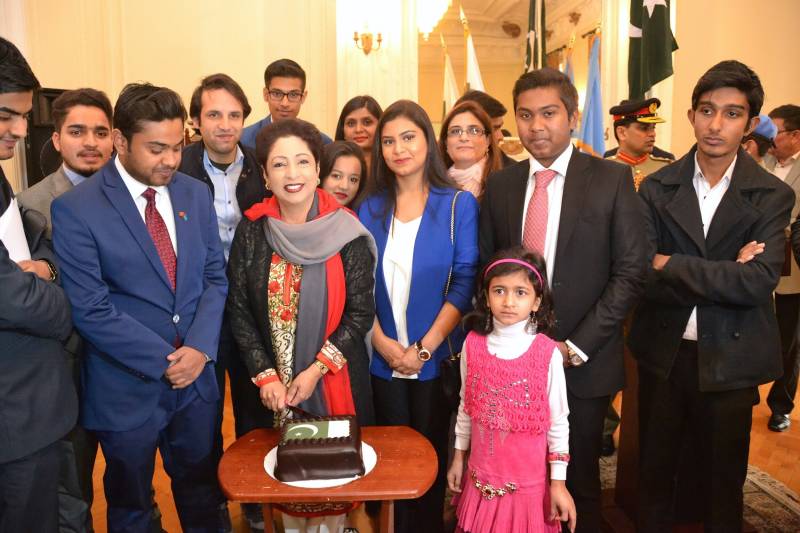 NEW YORK (Staff Report) - Pakistan Day was celebrated with traditional fervor and enthusiasm at the Pakistan House here today with the hoisting of the national flag by Permanent Representative of Pakistan to the UN, Ambassador Maleeha Lodhi as the national anthem was played.

The ceremony began with recitation from the Holy Quraan.

Talking to the media later, Ambassador Maleeha Lodhi paid tribute to Quaid-e-Azam Mohammad Ali Jinnah and the sacrifices made by Muslims of the sub-continent for the creation of Pakistan. Since its independence, she said, Pakistan has made much of progress but challenges still remain. Efforts are being made by the government to realize the Quaid's vision for the country and to eliminate the menace of extremism and terrorism, she added.

The ceremony concluded by a ‘dua’ for the prosperity and progress of Pakistan.

The event was largely attended by officers and staff of the Mission and the Consulate General along with their families and members of the Pakistani diaspora.

Later in the evening, Pakistan marked its National Day at the UN for the first time, with a concert in the prestigious General Assembly Hall featuring Ustad Rahat Fateh Ali Khan.

The concert titled, Sufi Night: Music of Peace was aimed at spreading the message of international peace and harmony at the world stage.

The concert was largely attended by diplomats, UN officials, representatives of civil society, media and members of the Pakistani diaspora.