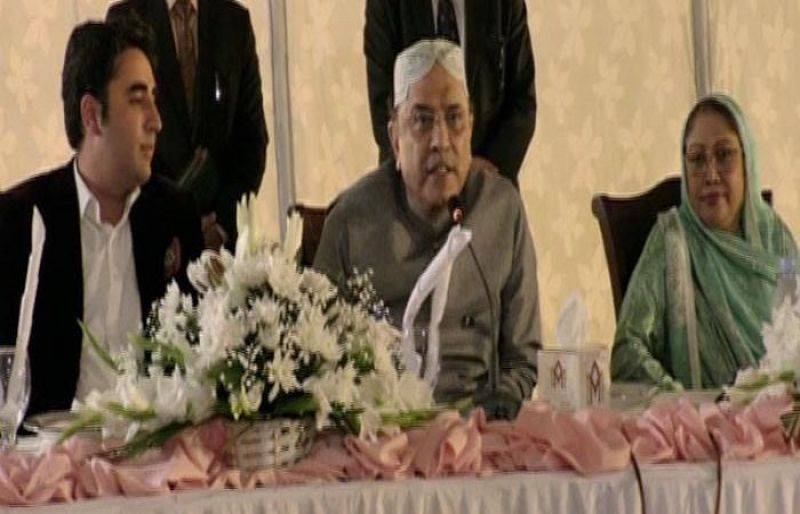 The probe team constituted on orders of the supreme court headed by Additional Director General of Federal Investigation Agency (FIA) Ahsan Sadiq, issued the summons for Bilawal and Faryal for November 28; former president Zardari has been asked to appear before it on November 29.

According to well-placed sources, FIA and the probe team have found 'sufficient evidence' against the PPP biggies, on the basis of which they been summoned to record their statements before the JIT in the widening money-laundering probe.

The said company is believed to be owned by Anwar Majeed's family - a close aide of the former president who is under arrest.

The PPP leaders are being alleged of indirect involvement in the fake accounts case involving money over Rs 100 billion as per a report presented by the Federal Investigation Agency.

Bilawal and Zardari are the chief executives of the Zardari Group, while Faryal Talpur is a director of the company. Zardari and Talpur had secured bail from a banking court in Karachi and this is the first time the Zardari family is being probed by the Joint Investigation Team.

During the investigation by JIT, the members of Zardari family will be asked questions about providing benefits to the Omni Group’s industries, as well as money received in the Zardari Group’s bank accounts.

Meanwhile, Bilawal's spokesman Mustafa Nawaz Khokhar expressed that no notice has been received as of yet.

He, however, said they would follow the directives of the supreme court if a notice is received.

'Peoples Party has been facing cases in the past and it will continue to face them now as well,' Khokhar maintained.