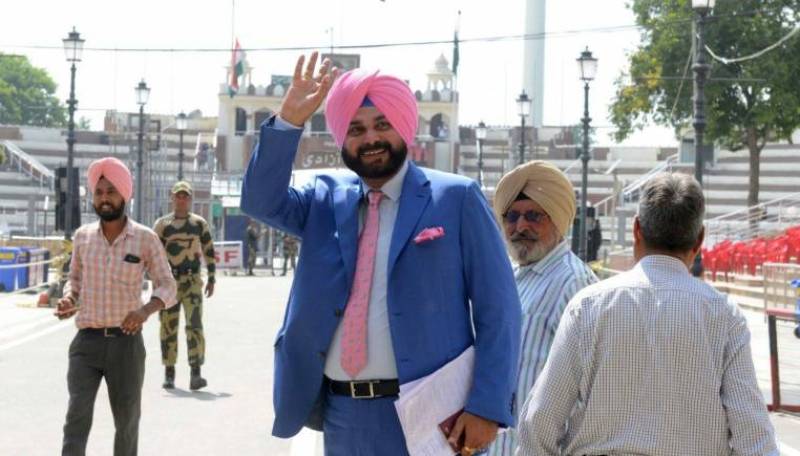 Talking to Indian media, Sidhu said the invitation was 'from the same person who had called me when I was invited for the swearing-in ceremony'.

The politician expressed that it will be an honour to be a part of the history, however, hastened to add that he will go to Pakistan if the Indian government permits so.

'There will not be a happier moment than the time when my turban touches the ground where Guru Nanak Dev once walked. It was an unfulfilled wish of my parents,' an emotional Sidhu said.

When asked whether he will attend the ceremony on the Indian side of the border, the minister replied in the affirmative.

In an earlier tweet, Sidhu had welcomed his government’s decision to accept Pakistan’s proposal to build the Kartarpur corridor saying it will 'burn animosity' between the countries.

It will build bridges, burn animosity and will act like a soothing balm for two neighbouring countries, he tweeted.