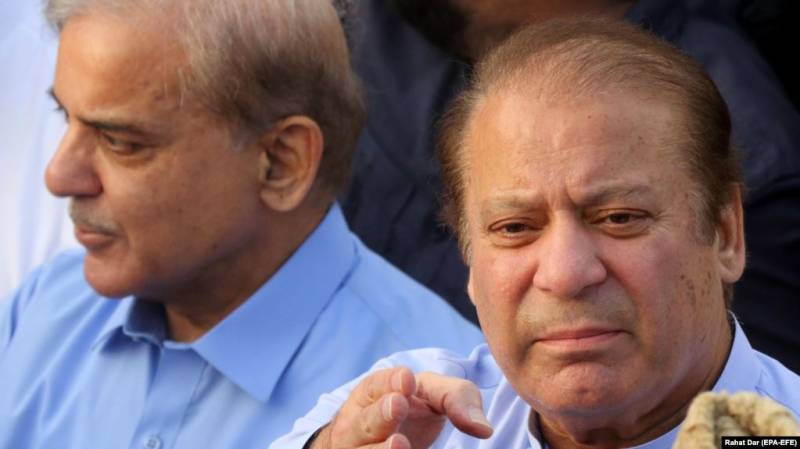 The government has sought a response from chief secretary, the medical team of the Services Hospital and Punjab home secretary on the petitions.

According to media reports, Shahbaz Sharif has also pleaded with the court for the suspension of Nawaz Sharif’s seven-year sentence awarded in the Al-Azizia reference and to release his elder brother so he could acquire proper medical treatment either in Pakistan or abroad.

It is pertinent to mention here that Shahbaz’s plea came after the health condition of the former prime minister deteriorated once again after his platelet count significantly dropped to less than 7,000 yesterday.

A NAB team had taken Sharif into its custody from Kot Lakhpat jail Lahore and presented him before the judge of an accountability court for his physical remand.