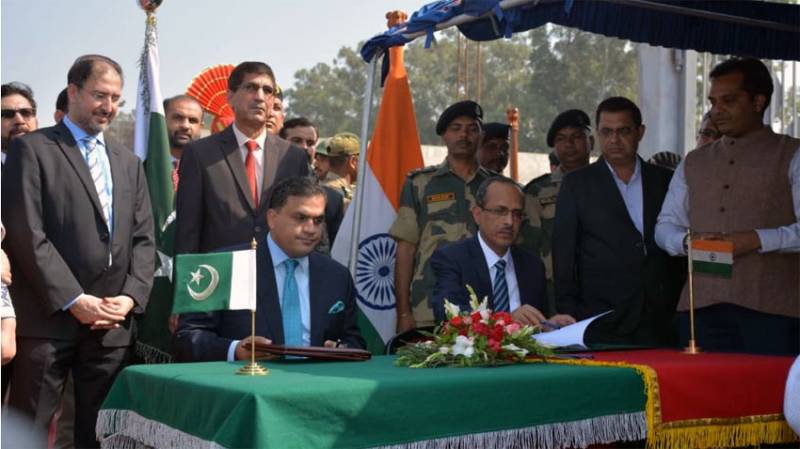 According to media details, Director General South Asia and SAARC at Ministry of Foreign Affairs Dr Muhammad Faisal signed the agreement on behalf of Pakistan.

Addressing the media after the signing of the agreement, Dr Faisal said that Sikh Yatrees will be permitted to visit the Gurdwara Kartarpur Sahib from morning till evening, adding that 5,000 Yatrees will travel through the corridor and there will be a $20 per visitor per visit, as service charges, Dr Faisal said.

Earlier, Foreign Office spokesman Dr Muhammad Faisal in a weekly press briefing said both sides would ink the document at Zero Point near the site of Kartarpur corridor for its formal operationalisation on November 9 to mark the 550th birth anniversary of Sikh spiritual leader Baba Guru Nanak.

ISLAMABAD – Pakistan and India are set to sign the draft agreement on Kartarpur Corridor on October 24 (Thursday) ...

The signing is taking place after India conformed to Pakistan’s firm stance of levying the $20 service fee for each visitor of Kartarpur. As many as 5,000 pilgrims daily will be allowed to visit the holy site of Kartarpur Sahib Gurdwara, located at 4.5 km from the border with India.