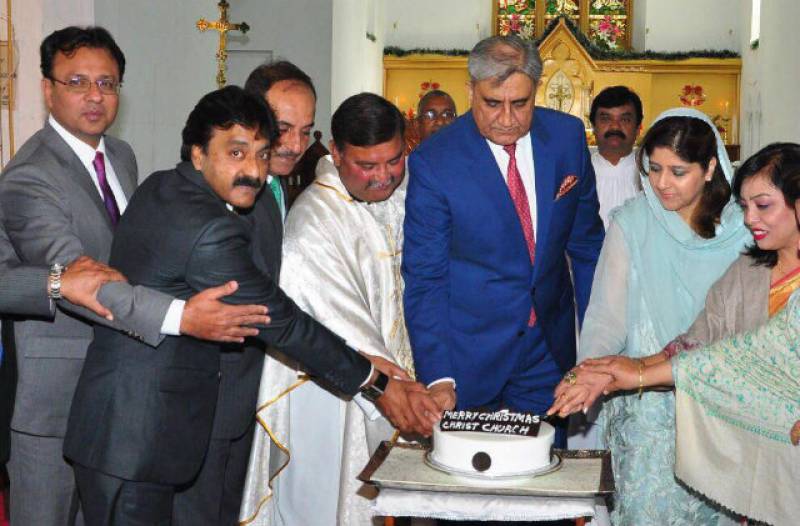 The congregation welcomed the COAS and thanked him for sharing their joys. COAS Bajwa wished Merry Christmas to the entire Christian community in Pakistan, according to a statement by the Inter Services Public Relations (ISPR).

He also acknowledged the role of Christians not only in the creation of Pakistan but also for their contributions towards its progress.

COAS joined Christian brethren at Christ Church, Rwp & wished them Merry Christmas. Acknowledged their role towards creation and progress of Pakistan including their contributions in defence of motherland as part of Pakistan Armed Forces. pic.twitter.com/TQ8zOhU85E

The army chief appreciated the role of various institutions in fields of education, health and public welfare being managed by Christian community across Pakistan.

He especially acknowledged their contributions in defence of the motherland as part of Pakistan Armed Forces. Commander Rawalpindi Corps was also present on the occasion.