Pak-China relations have no parallel in international relations: NA speaker 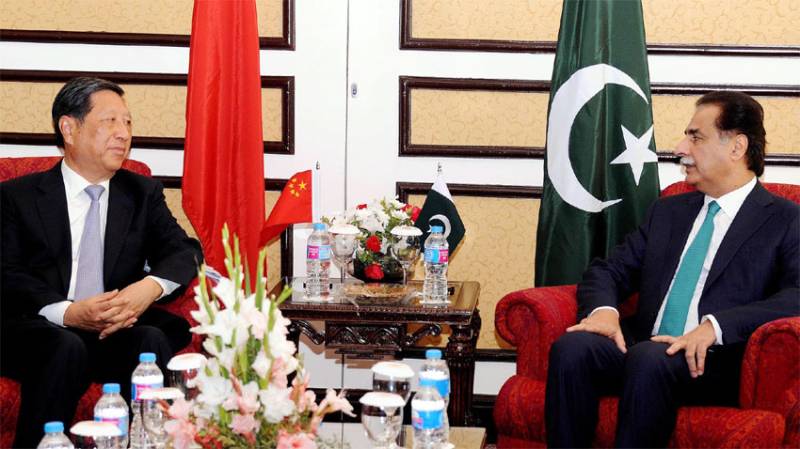 He stated this during the meeting with Vice Chairman of the Standing Committee of the National People's Congress of China, Zhang Ping on the sideline of Speakers' Conference at Parliament House, in Islamabad on Monday.

The speaker said that relations between Pakistan and China are based on shared geopolitical, economic, historical and strategic interest.

Ayaz Sadiq reiterated that the historic Pak-China relations have entered a new phase of unprecedented cooperation.

He said Pakistan is fully committed to the timely completion of all projects under China Pakistan Economic Corridor. Both the countries are working for the prosperity of the people as well as the region through joint economic and development efforts.

The speaker underlined the need for regular interaction between the Parliamentarians and business community of both the countries to further strengthen the existing relations.

The Vice Chairman of the Standing Committee of the National People's Congress of China said Pakistan is the only all-weather strategic partner and time-tested friend of China and has an unrivalled importance in China's strategic calculations.

He said the leadership of both countries has demonstrated an unflinching resolve to further strengthen bilateral relations.

Zhang Ping reiterated that a vibrant Pak-China cooperation is central for tackling challenges in the region and beyond.