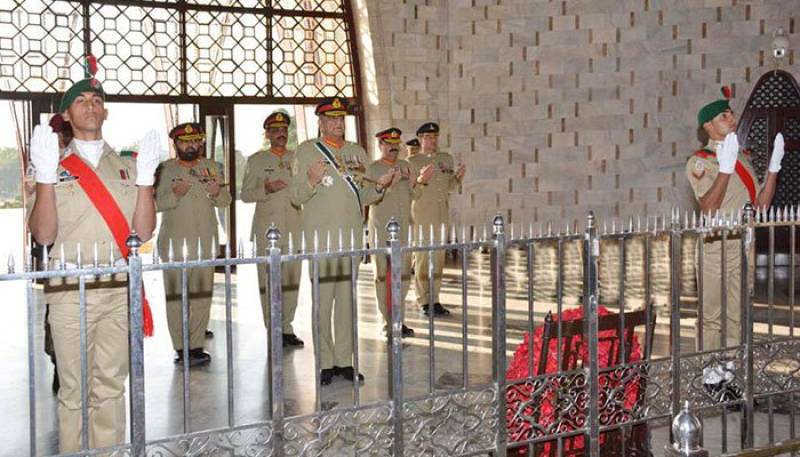 According to the Inter-Services Public Relations (ISPR), the army chief visited the founder of Pakistan's mausoleum today.

“Quaid’s vision about creation of Pakistan based on the Two Nation theory is an even more acknowledged reality today. We can’t thank him enough for having gotten us Pakistan. Even in the most difficult times, all Pakistanis including minorities have come together without compromise on respective identity. His vision will always guide the way for us to take Pakistan ahead following the principles of Faith, Unity and Discipline”, the ISPR's press release stated.