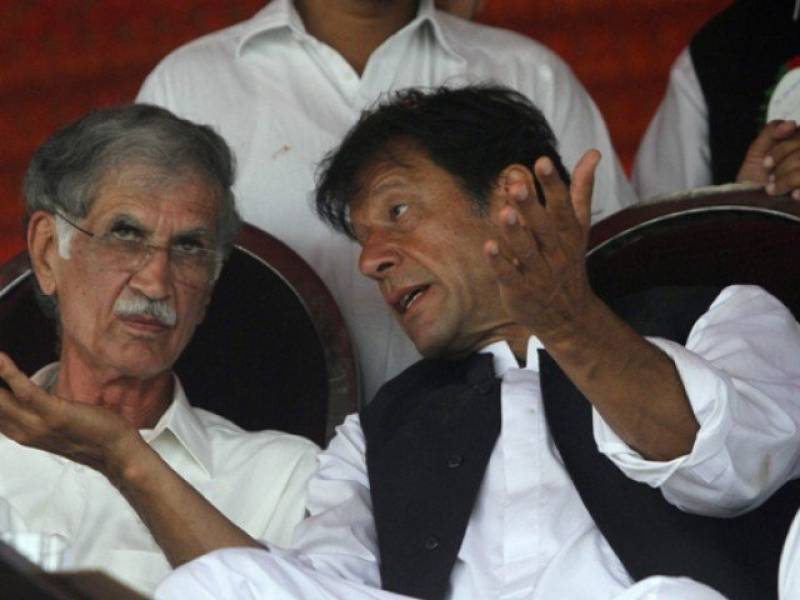 PESHAWAR - A faction of disgruntled legislators of Pakistan Tehreek-e-Insaf reportedly refused to meet the Chief Minister Khyber Pakhtunkhwa Pervaiz Khattak and has decided to put forth their reservations before party chief Imran Khan.

According to reports, the PTI law makers felt dissatisfied over recent budget allocations to their districts. Citing the severity of matter, Imran Khan had advised Pervaiz Khattak to address the reservations of the members but the party members said on Sunday that they refused to meet with the Chief Minister.

Speaking to The Express Tribune, a PTI lawmaker, on the condition of anonymity, said these MPA's had grievances against the chief executive and had therefore declined to meet him.

He said the chief minister had tasked K-P Assembly Speaker Asad Qaiser and Minister for Law and Parliamentary Affairs Imtiaz Shahid Qureshi to persuade the agitated lawmakers to come to the negotiating table.

He added that Imran Khan had a busy schedule and asked for a day or two’s time for a meeting.

The disgruntled lawmakers were of the view that PTI had diverted from the ideology it was based upon. They have also demanded proper implementation of the party's manifesto.