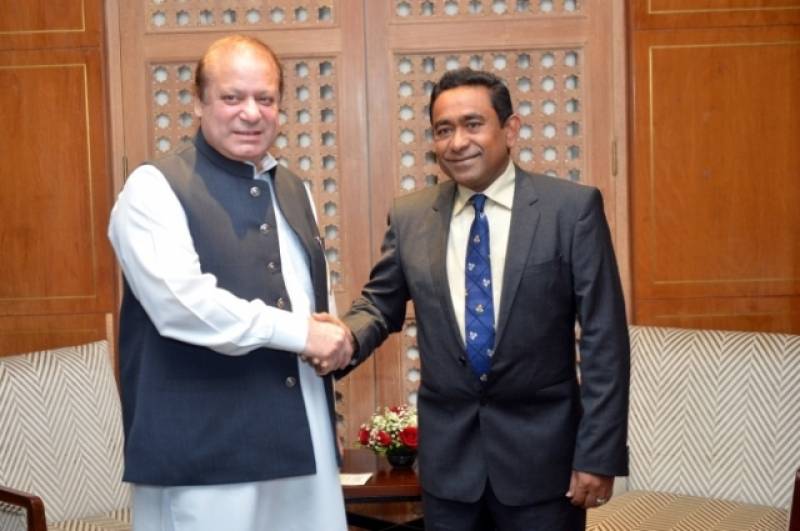 The premier would participate as a special guest in the 52nd independence day celebrations of Maldives on the invitation of President Abdulla Yameen Qayyum.

Advisor to Prime Minister on Foreign Affairs Sartaj Aziz and others officials are also along with the premier.

According to the President’s Office, the celebrations and activities of this year’s Independence Day will take place on July 26 at the National Football Stadium in capital Male. The official reception, hosted by President Yameen and First Lady Fathimath Ibrahim, is to be held the following night at Dharubaaruge convention centre.

PM Nawaz Sharif’s visit to Maldives was anticipated for Independence Day celebrations for the past two years, but in 2015 he could not visit the country due to flooding while in 2016 his heart surgery led to the cancellation of the trip.

The Maldives officially the Republic of Maldives is a South Asian island country, located in the Indian Ocean, situated in the Arabian Sea.

Comprising a territory spanning roughly 298 square kilometres (115 sq mi), the Maldives is the smallest Asian country by both land area and population, with a little over 393,500 inhabitants.