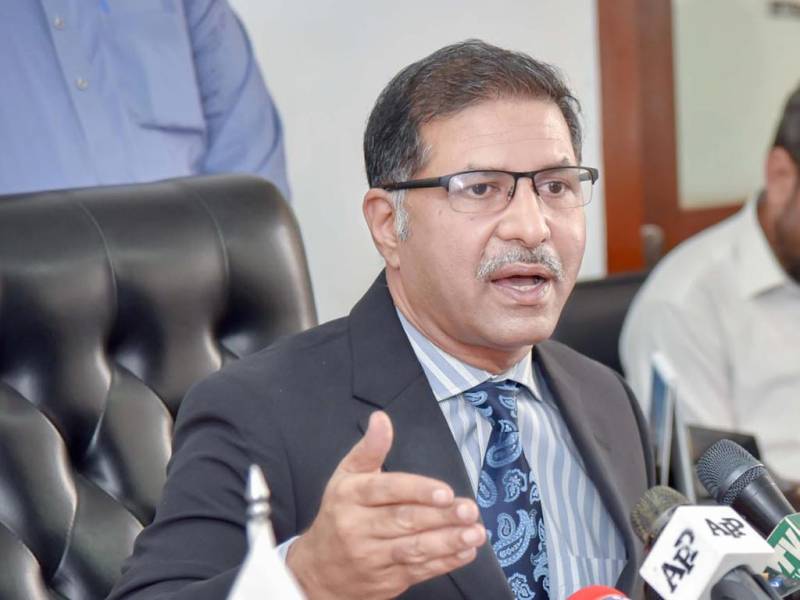 LAHORE - The caretaker government Wednesday said the speculations about the timely conduct of general elections 2018 had died down as the nation went to the polls in a free manner.

Talking to the media men after casting his vote at a polling station in Johar Town, interim Minister for Information, Broadcasting, National Heritage and Law, Barrister Syed Ali Zafar said the smooth polling process had also stifled the rumours that the general elections 2018 would not be held at all.

To a question, Ali Zafar said the caretaker government had fulfilled its pledge of holding free, fair and transparent elections in the country.

To a query, the Information Minister said the People were freely exercising their right to franchise, adding it was the voters to decide which political party would form government.

Urging people to vote, he said people could not complain of disempowerment in society if they did not cast their vote in the general elections 2018.

To another query, he said the caretaker government was determined to hold the elections as the elections 2018 was necessary for the progress and solidarity of the country.

About claims of alleged rigging by a political party, he said all the statements were being made for political point scoring and had nothing to do with reality, adding it was a reality that more than 105 million people were casting vote without any restrictions today.

He said the politicking would go on, stressing that the losing party should felicitate the victorious party in the elections.

Ali Zafar said the people's verdict in the general elections mattered and not the propaganda, adding that their vote would decide the fate of a candidate and the political parties.

He expressed his satisfaction over the security arrangements and hoped the elections would conclude peacefully across the country.

To another question, the information minister said overseas Pakistanis were as patriotic as other countrymen, and the country needed to adopt new technology so that overseas Pakistanis could exercise their right to franchise in the next general elections.

The Information Minister thanked the Election Commission of Pakistan (ECP), all political parties, the government institutions and the media which worked together for the timely conduct of general elections 2018.