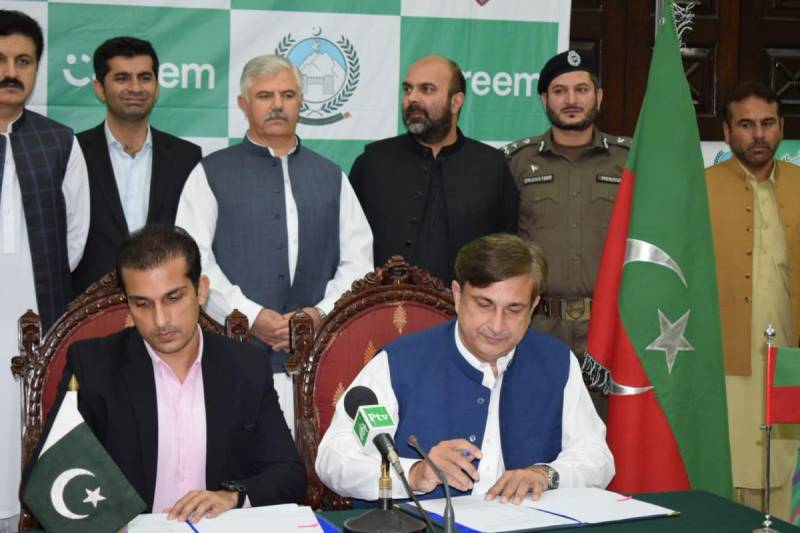 PESHAWAR – The Government of Khyber Pakhtunkhwa (KP) and Careem, a private cab service provider, have signed an MoU to on board Peshawar Rescue 1122 services on the cab services providers online application, optimizing the dispatching process and enabling public to book ambulance and fire brigade services through the app.

KP Chief Minister Mahmood Khan, while briefing media persons on the recent initiative on Wednesday, stated that the incumbent government was taking pragmatic measures to introduce information technology in provision of services.

“Through this partnership with Careem, the Government of KP are leveraging technology to simplify & improve lives in Pakistan. We welcome this opportunity & are humbled to be part of this innovative project that will help accelerate Pakistan's digital future.” - @MudassirSheikha pic.twitter.com/fYV2Yksz18

Khan said that the provincial government was leveraging technology to simplify and improve lives in Pakistan and the signing of the MoU is one of the initial steps towards accelerated growth of Pakistan's digital future.

“The signing of MoU is the first initiative of its kind in the country which will provide citizens with access to emergency services using a simple mobile application.

“We are working on digitalization of services which is not only time efficient but will also provide cheap services to citizens at their doorsteps,” he added.

The MoU signing took place at the CM Secretariat in Peshawar and was attended by Minister Finance Taimur Jhagra, Special Assistant to CM on Information Technology (IT) Kamran Khan Bangash, Secretary Relief and Rehabilitation, DG PDMA, DG KP Emergency Services (1122), Co-Founder and CEO of Careem Pakistan, as well as other government officials and leadership from Careem Pakistan. 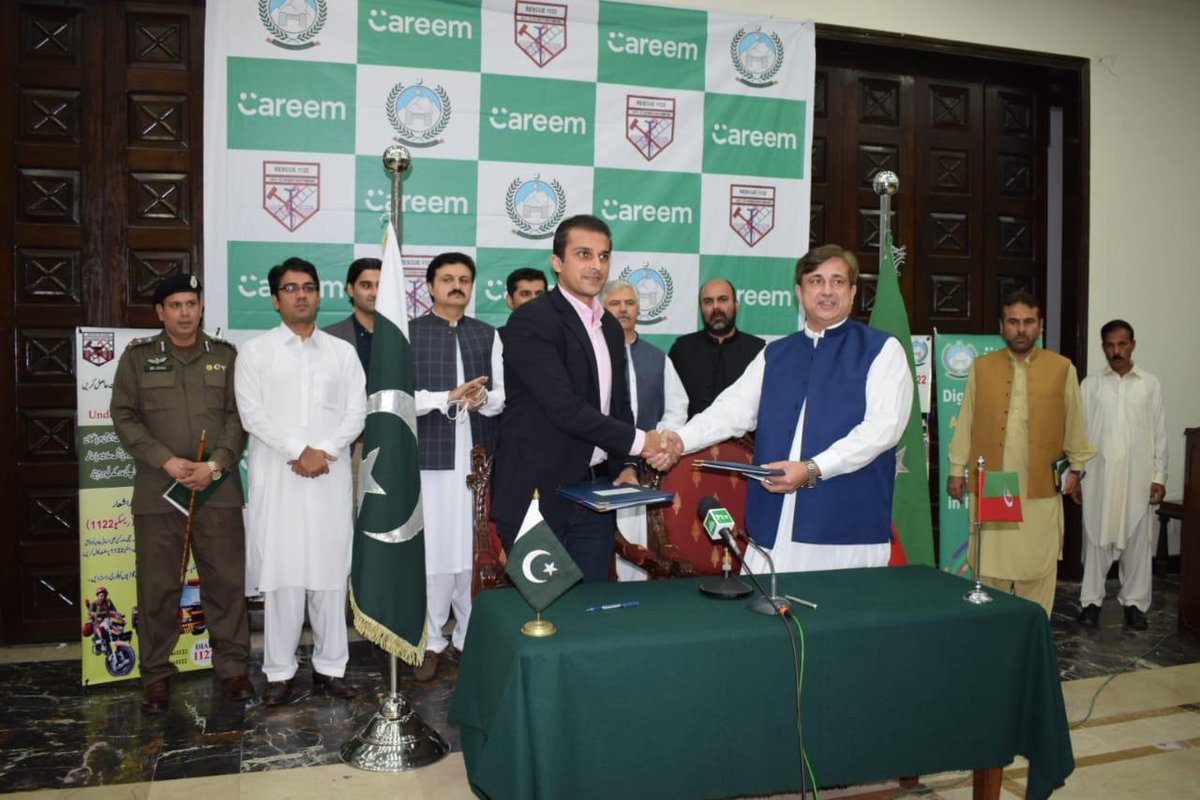 As per the MOU, all existing Rescue 1122 ambulance and Fire Brigades will be on boarded on the online application through a separate Emergency Services Customer Car Type (CCT).

All ambulance and fire brigade captains will be trained by the private cab service company about the usage of the online application.

The CM stated that the initiative will help to improve the response time of Rescue 1122 services in Peshawar and will also be extended to the rest of the province enabling the government to save precious lives through tech enabled solutions.

The government of KP has always been a strong proponent of working with the business community to ensure that Pakistanis receive the best possible services the state can provide.

CM Khan was also briefed on the ongoing initiatives of the relief and rehabilitation department which include establishment of Rescue 1122 stations in Lower Kohistan, Malakand, Shangla and Lakki Marwat.

The schemes will be completed at an estimated cost of Rs1282 million.

Similarly, two emergency stations are also being established in two newly merged tribal districts and one in the ex-Frontier region.

The schemes will be completed at an estimated cost of Rs 3670 Million for which Rs 2500 Million have already been released and work progress is underway on the establishment of rescue 1122 station at Jamrud, District Khyber.

As for the firefighting in forest terrain, the Chief Minister was informed that procurement orders have been placed for all terrain vehicles equipped with fire fighting backpacks and latest equipment.