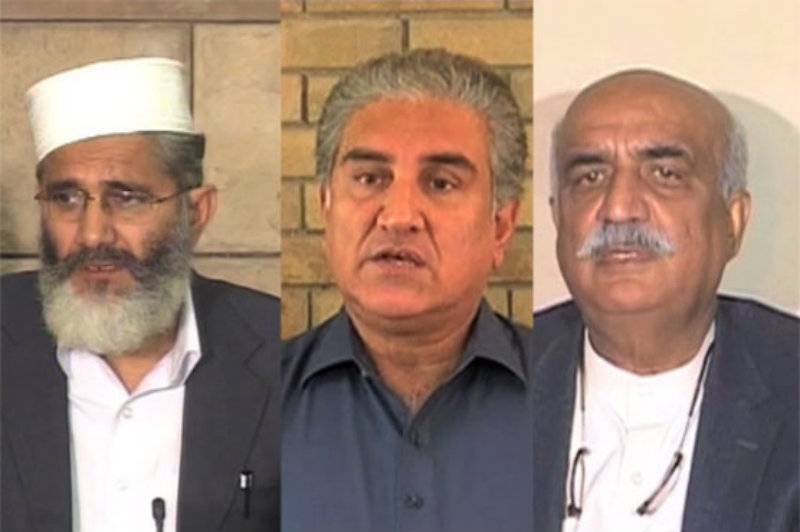 LAHORE (Staff Report) – Opposition parties on Tuesday rejected Terms of References (ToRs) formulated by the government to investigate Panama Leakes scandals and agreed on four points to probe into the matter.

Pakistan Tehreek-e-Insaf (PTI), Pakistan Peoples Party (PPP), Pakistan Muslim League-Quaid (PML-Q) have increased their interaction with one another in order to pressurise the government to meet their demands, Dunya news reported.

Leader of the Opposition in the National Assembly (NA) Syed Khurshid Shah and PTI leader Shah Mehmood Qureshi contacted Jamaat-e-Islami (JI) Ameer Sirajul Haq to take him on board in regards to the issue as well. Siraj assured the two of his support in order to effectively deal with the matter.

Opposition parties will bring forward a declaration on May 2 after holding a joint meeting to discuss future strategy to deal with the Panama Leaks investigation.

The four points made after mutual consensus among the opposition parties are as follows: