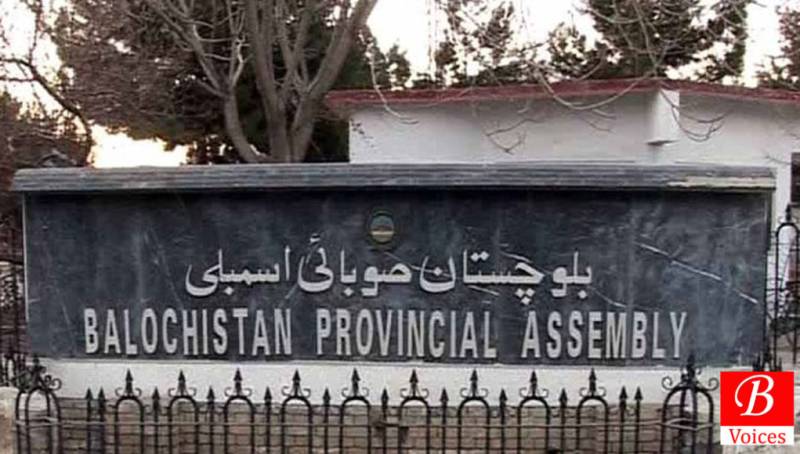 QUETTA – Balochistan Assembly made record legislation on various important provincial issues since the provincial government came into power in 2018.

In last two years, 36 bills were passed by the Provincial Assembly after the approval of the draft legislation by the Cabinet, said the official source.

Highlighting the provincial cabinet's progress, the source said that he enforced many laws being in the government and will ensure the protection of the public interest.

The coalition government led by Chief Minister Jam Kamal Khan was taking all measures for the wider interest of the province.

The protection of resources of Balochistan and the rights of its people was top priority of the government for which a large number of new laws were enacted besides amending different existing laws, he added.

He was of the view that it was our top priority to bring improvements in the health sector because of that Balochistan Health Policy 2018-2030 had passed unanimously.

He said during the legislative process, Balochistan Drug Rules 2018 was passed while the government managed to establish Regional Quality Control board under the supervision of commissioners and health director general respectively.

The provincial assembly had also approved a Bill for establishing a university in Gwadar on priority.

He said the assembly approved Benevolent Fund Bill to financially support the civil servants on the occasions of marriage and death.

He said the amendment bill of Balochistan Public Service Commission rules also brought under discussion to change the role of the commission and extend the number of members to 12 including two female members.

He said the legislation is under process aimed at making massive reforms in education to bring it at par with other provinces and international standards.

He informed that the provincial cabinet had passed Balochistan Infrastructure Development CESS 2019 and imposed one percent tax on buses, airplanes and ships entering in Balochistan.