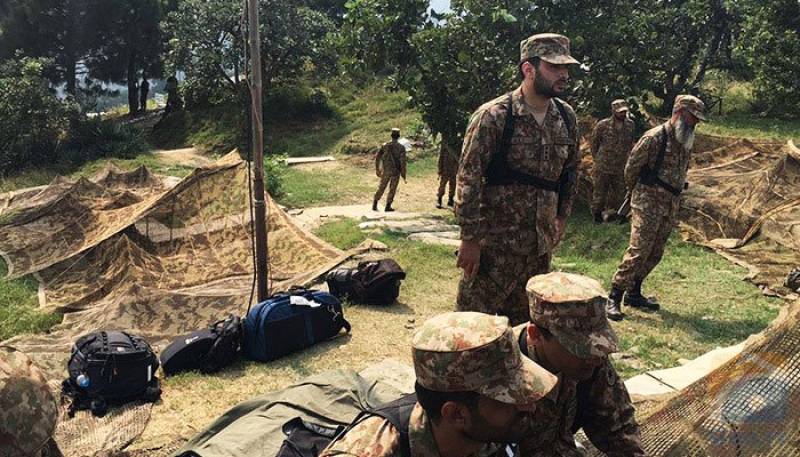 RAWALPINDI - Denying Indian media reports of an alleged incursion by Indian troops across the Line of Control (LoC), the ISPR categorically said: "No Indian soldier crossed over LOC. Indian media claim is the continuation of their self-defeating projections to satisfy the domestic audience."

No Indian soldier crossed over LOC. Indian media claim is continuation of their self defeating projections to satisfy domestic audience.

Indian media was propagating that the commandos of the Indian Army crossed the Line of Control (LoC) on Monday night and killed at least three Pakistani soldiers in a “tactical retaliatory strike.”

However, the Indian Army officials declined to confirm or deny whether its commandos had crossed the LoC.

The Pakistan Army on Tuesday confirmed the death of three soldiers at Rukh Chakri sector in Rawlakot, describing it as “unprovoked heavy cross-border shelling by Indian forces”.

The Pakistani foreign office also rejected reports that the Indian commandos crossed the LoC and attacked a post. “The false claims by India about the alleged cross LoC adventures are a figment of their imagination and counter-productive for peace and tranquillity on the LoC,” it said.

“The Indian actions got a befitting response from the Pakistani side and their guns were silenced,” Pakistan said.

This exchange of attacks takes place in the backdrop of a major diplomatic row between the two countries over former Indian Navy officer Kulbhushan Jadhav, who has been sentenced to death by Pakistan for espionage.

The border raid took place hours after Jadhav’s wife and mother were allowed to meet with him in Islamabad.

On Tuesday, India accused Pakistan of violating mutual understandings of Jadhav’s meeting with his family, saying the Indian national appeared coerced and under considerable stress during the tightly controlled interaction.