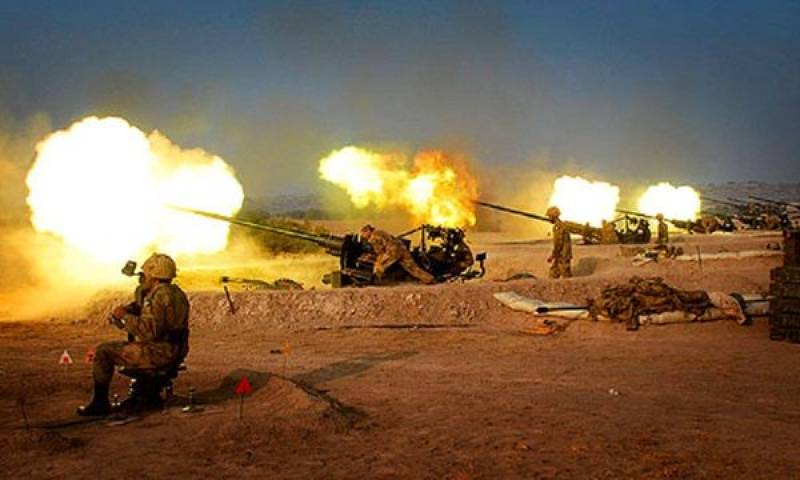 SIALKOT - India 's border forces resorted to heavy fire along the Line of Control (LoC), leaving at least six civilians dead and 11 others wounded in Azad Jammu and Kashmir (AJK) on Wednesday evening.

Civilians are being ruthlessly targeted by Indian forces without any provocation while Sialkot sector on the line of control (LoC) between Pakistan and India has turned into a massive battlefield with casualties being reported from both sides.

The four deaths reported by Dawn came as a result of "intense and indiscriminate" shelling, which began at about 5:30pm simultaneously in Kotli, Bhimber and Poonch districts of the AJK.

At least five civilians, including three of the same family, were killed in Nakiyal Sector after the Indian troops opened unprovoked firing at the residential areas along with the LoC .

The security expert tweeted that Indian forces, including all Indian bases, in Jammu Kashmir were currently on high alert in anticipation of a possible Pakistani strike.

Pakistani border forces also retaliated after aggression by India and up till now more than five Indian soldiers have suffered injuries along with heavy damage to their military installations as confirmed by Indian media itself. Pakistan targeted Indian soldiers in Kashmir 's Poonch, Rajouri and Jammu district.

NEW DELHI – Indian authorities have claimed to conduct an intelligence-based operation in Balakot area across the ...

Indian Air Force also claimed to have targeted the alleged Jaish-e-Mohammad terrorist camp though Pakistan denies any such attack.

The alleged strikes – which are still to be verified – have escalated tension between the two nuclear-armed neighbours as Pakistan’s armed forces have announced that Pakistan will respond against Indian aggression in a befitting and surprising manner.

Prime Minister Imran Khan has also convened a meeting of National Command Authority (NCA) which deals with nuclear arsenals and their use.

ISLAMABAD - In the wake of aggression by the Indian air force, Prime Minister Imran Khan has convened the meeting of ...

The tension stemmed out from the Pulwama attack in India-occupied Kashmir in which over 40 Indian soldiers were left dead. India pinned blame on Pakistan for the attack without any evidence in this regard.

Pakistan’s armed forces have reiterated that India would be served a  befitting response in case of any misadventure.