Pakistan will respond to Indian aggression at time and place of its choosing, decides NSC 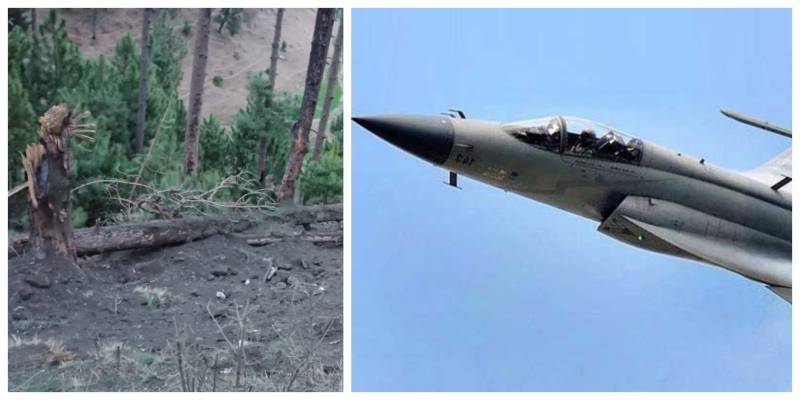 ISLAMABAD – A meeting of the National Security Council (NSC) with top civil and military leadership in attendance decided Tuesday that Pakistan will respond to Indian aggression at time and place of its choosing.

The high-level meeting held under Prime Minister Imran Khan to review security situation in the country after the Indian Air Force's (IAF) violation of the Line of Control (LoC) early morning also decided to raise the issue of Indian intrusion at international level. 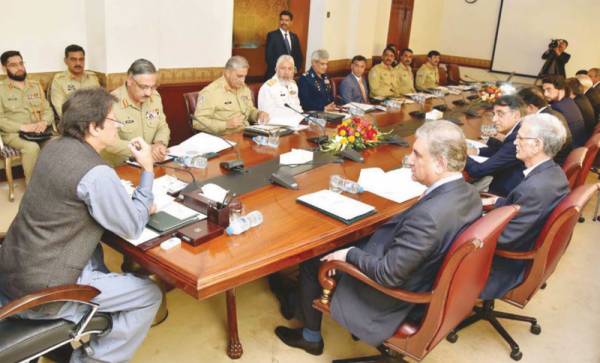 An Indian aircraft on Tuesday violated the Line of Control (LoC) separating the Indian and Pakistani controlled parts of the disputed Jammu and Kashmir region but soon returned back to India after a response from the Pakistani Air Force.

How Pakistan responded to Indian aggression?

The NSC meeting, chaired by the premier in the wake of India's violation of the Line of Control (LoC), was attended by the top civil and military leadership, including Army Chief General Qamar Jawed Bajwa and ministers of defence and foreign affairs.

The committee, according to a statement read out by Foreign Minister Shah Mahmood Qureshi in a press conference in Islamabad, "strongly rejected Indian claim of targeting an alleged terrorist camp near Balakot as well as the claim of heavy casualties".

"Once again Indian government has resorted to a self-serving, reckless and fictitious claim," the statement said. "This action has been done for domestic consumption being in election environment, putting regional peace and stability at grave risk.

This action has been done for domestic consumption given the election environment, putting regional peace and stability at grave risk, the NSC said.

The claimed area of strike is open for the world to see the facts on ground. Domestic and international media is being taken to the impact site, it added.

The forum concluded that India has committed uncalled for aggression to which Pakistan shall respond at the time and place of its choosing.

To take the nation on board, the government has decided to requisition joint session of the Parliament, the handout released after the NSC meeting further stated.

NEW DELHI – Indian authorities have claimed to conduct an intelligence-based operation in Balakot area across the ...

Meanwhile, the premier has directed all the security institutions and armed forces of the country to remain prepared for any Indian aggression. He has also called a meeting of National Command Authority tomorrow (Wednesday).

PM Imran has decided to engage with global leadership to expose irresponsible Indian policy in the region. He appreciated the timely and effective response of Pakistan Air Force (PAF) to repulse Indian attempt without any loss of life or property.

Foreign Minister Shah Mahmood Qureshi, in the presser, announced that "a three-member committed has been formed, including me, finance minister and defence minister to approach the parliament, and so that the people of Pakistan can be taken into confidence on the evolving situation."

Ahead of the meeting, Qureshi chaired an emergency consultative meeting at the Foreign Office. Speaking to the media after the meeting, the foreign minister said Pakistan holds the right to self-defence and a befitting response to Indian aggression.

“We kept on telling the world that this could happen… they [India] carried out aggression against Pakistan today. India violated the LoC [today]. Pakistan holds the right to self-defence and a befitting response,” Qureshi added.

Indian military aircraft violated the LoC as they "intruded" from the Muzaffarabad sector and were forced to return owing to the timely response of the Pakistan Air Force, Pakistan Army spokesperson Major General Asif Ghafoor said early Tuesday.

"Indian aircraft intrusion across LoC in Muzafarabad Sector within AJK was 3-4 miles. Under forced hasty withdrawal aircraft released payload which had free fall in open area. No infrastructure got hit, no casualties. Technical details and other important information to follow," Major General Ghafoor wrote on Twitter.

He also tweeted images of the "payload of hastily escaping Indian aircraft" which "fell in [the] open".

The incursion into the Pakistani air space follows a series of threats by Indian political and military leadership following the attack on an Indian Army convoy at Pulwama by a local youth, in reaction to the oppression unleashed by the occupational forces.