US imposes sanctions on six facilitators of Taliban, Haqqani Network 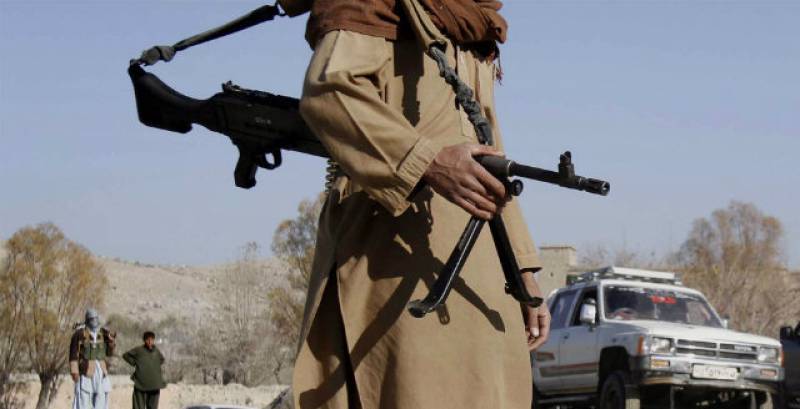 WASHINGTON - The United States has designated six individuals said to be facilitators and financiers of the Taliban and Haqqani Network as global terrorists.

Abdul Samad Sani was former central bank governor of Afghanistan during the reign of Taliban.

The move comes after US President Donald Trump while unveiling the South Asia policy last summer vowed to turn around the longest war in Afghanistan by deploying more troops. Trump also slammed Pakistan for allegedly providing shelter to the terrorists.

“We are targeting six individuals related to the Taliban or Haqqani Network who have been involved in attacks on Coalition troops, smuggling of individuals, or financing these terrorist groups,” said Sigal Mandelker, Under Secretary for Terrorism and Financial Intelligence in a statement.

"This action supports the President’s South Asia Strategy by disrupting these terrorist organizations and publically exposing individuals who facilitate their activities," she added.

Reiterating the US demand, she said: "The Pakistani government must work with us to deny the Taliban and the Haqqani Network sanctuary and to aggressively target their terrorist fundraising.”

According to the treasury departmrent, "As of early 2015, Baseer led the Finance Commission of the Taliban Peshawar Shura, which was responsible for the Taliban’s military and political activities in northern and eastern Afghanistan. Baseer was responsible for collecting financial aid from domestic and foreign sponsors".

It added, "Popalzai has served for several years on the Taliban Finance Commission and was in charge of the Taliban's finances for southern and western Afghanistan, including Qandahar, Helmand, Nimroz, Herat, Zabul, Uruzgan, and Farah provinces".