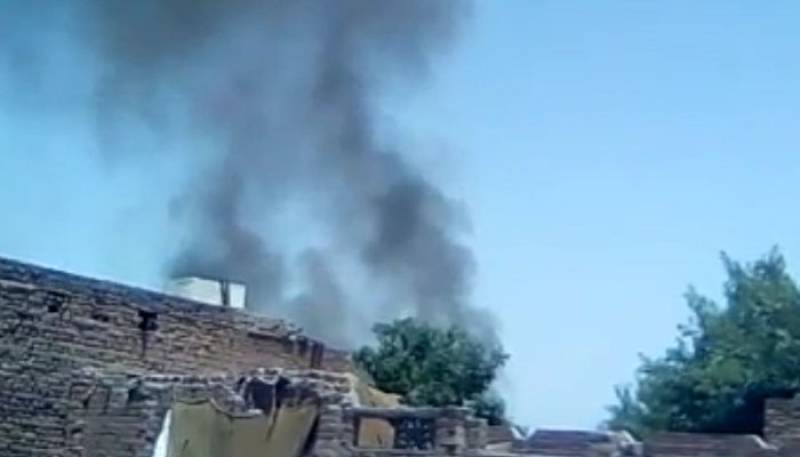 According to an official air forces statement, "Pakistan Air Force reports with regret that a PAF FT-7PG trainer aircraft while recovering from a routine operational training mission crashed during landing at Peshawar airbase. Rescue operation is in progress," the air force said in a statement after the incident.

The PAF has not yet confirmed the death of the two pilots.

Official sources said the aircraft crashed around 11:40am near the customs landing runway at the Bacha Khan International Airport. It is believed that the plane crashed due to technical glitches.

In the pictures circulating on social media, plumes of smoke can be seen spewing from the airport. It is believed that the plane crashed due to technical glitches. The runway of the airport has been temporarily closed.