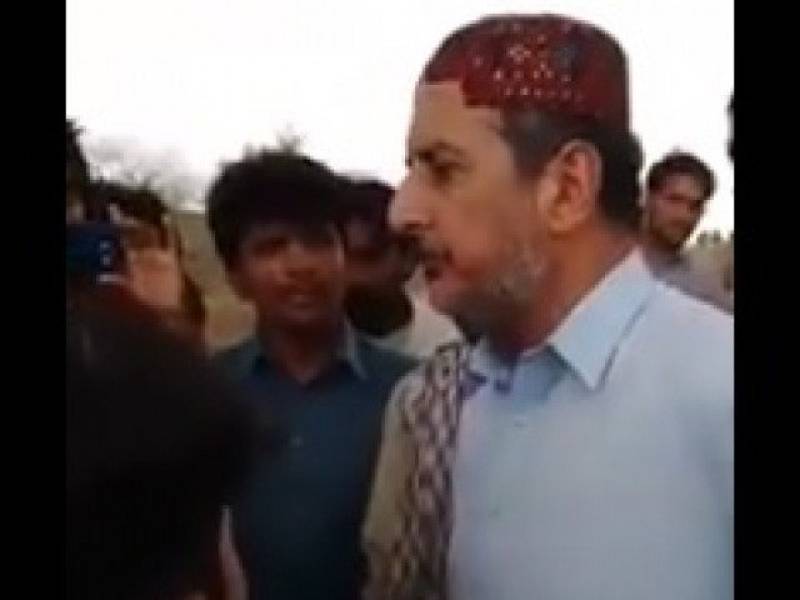 DERA GHAZI KHAN - “We have some questions for you… if you don’t mind,” said a young man, from DG Khan district of Punjab, confronting an influential Baloch landlord during his election tour last week.

Saifuddin Commando shot to fame for asking tough questions to the chief of Leghari tribe, Jamal Leghari, after his video went viral on social media.

Now a complete video making rounds on the internet shows a very bright side of the impoverished region, where no significant development has been made since decades.

“You are our chief and respectable for us,” Commando, who is in his late 20s, can be heard while starting a very “democratic” conversation with the chief in English.

Frustrated by the apathy of political leaders towards public woes, others also join in the conversation which adds to the fuel and the former senator turns furious in no time.

“You should know how to respect a chief [of your tribe],” Leghari responds to the man angrily while his supporters try to calm down the residents.

“It will be an honour for us to meet our chief after five years,” says Commando, while bringing the condition of unconstructed roads to his attention. “Don’t you know we have no drinking water available in our area?” he poses another question before the uninterested Leghari who showed up for the first time in past five years.

Jamal Leghari comes from a family of politicians and landlords, owns approximately 2,500 acres of land. He is the son of former president of Pakistan, Farooq Leghari. After his father’s death, Leghari was crowned the 27th chief of the Leghari tribe in October 2010.

Leghari was elected as a member of Punjab assembly from PP-245 old Dera Ghazi Khan in 2013 elections.

When one of the Legahri’s men asks why he is trembling, Saifuddin Commando replies he is “overwhelmed with emotions” while exercising his “right to ask”.

However, the situation soon turns ugly when Jamal, riled by the blunt and daring behaviour of locals, says: “I would see you on elections day.”

"Don't talk about democracy, I know democracy better than you," the PML-N leader says before hopping into his 4x4.

He also clarifies “I am not here to ask for votes but to condole the death of a party supporter”.

The video also shows people raising slogans in favour of Pakistan Tehreek-e-Insaf (PTI) while condemning the rule of landlords who “simply don’t care about the poor”.

Last Saturday, the Commando in question released a video message reiterating that nothing substantial had been done by the feudal lord in the area.

The video comes on the heels of clarification by Leghari who assured security to Saifuddin and highlighted the development work carried out in the area.

KASHMORE - It seems that the Pakistani voters have finally decided to cash in on their power ahead of the forthcoming ...

On Friday, Daily Ausaf had reported that an FIR had been registered against Saifuddin for confronting the all-powerful Leghari bigwig.

Not only Leghari faced the wrath of his people, Sardar Jan Mazari and Pakistan People’s Party leader Sohail Anwar Siyal was also grilled by the voters, the videos of which are stumping the internet and are termed as ‘winds of change’.