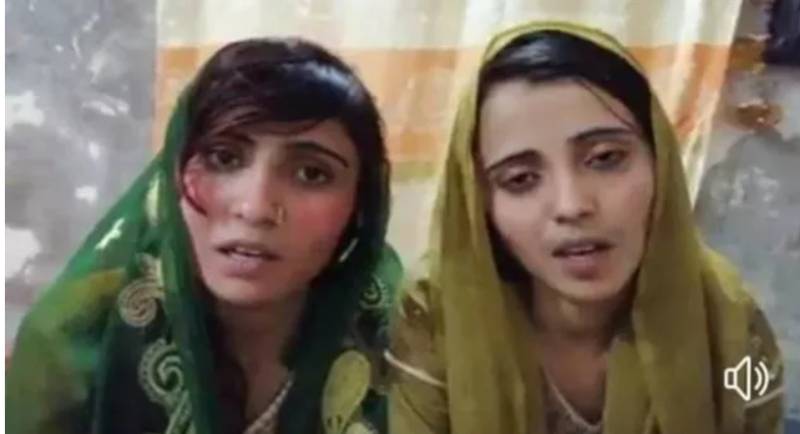 ISLAMABAD – A week after two minor Hindu girls were allegedly abducted before being forcefully converted to Islam, the Islamabad High Court has ordered the State of Pakistan to provide them protective custody.

The court order comes a day after Ghotki police arrested 12 persons including the marriage officiator and witnesses of the minor girls who were allegedly forced to convert to Islam.

The incident came to light when a video of the girls’ father and brother surfaced online. The men said that the teenagers were abducted and forced into conversion and marriage.

#Reena 14 & #Raveena 16 claiming they will fully accepted Islam. This can't be an excuse for Police. Cant ignore both girl are underage, were illegally married after conversion & both could be under immense pressure. For more on Forced conversions read https://t.co/7gT9vigqnz pic.twitter.com/vp6T2MzPtj

It was followed by another video snippet in which the two girls claimed that they had converted to Islam willfully. It was reported that the girls were moved from Sindh Ghotki district to Rahim Yar Khan in Punjab.

Taking notice of the incident, Prime Minister Imran Khan directed Sindh and Punjab to investigate the matter and recover the girls if the forceful conversion allegation was correct.

The men, alongside their minor wives, filed a petition in the IHC, seeking protection from “adverse action”. The case was heard by IHC Chief Justice Athar Minallah.

Raveena and Reena told the court Tuesday that they their families will try to kill them for converting to Islam and marrying.

“It is a highly sensitive matter,” Justice Minallah observed during the hearing. “The identity of Pakistan is associated with the case.”

He referenced two sermons given by the Prophet Muhammad (PBUH) ensuring the rights of the minorities under an Islamic rule. “Both the orations hold legal and constitutional importance in matters pertaining to minorities.”

When the chief justice inquired about the girls’ ages, he was told that one of the girls was 20 years old. The counsel, however, requested the bench to wait for the girls’ brother to ascertain their age.

Thread @BBhuttoZardari #ForcedConversions. 2 sisters #Reena 14 #Raveena 16 were converted to Islam at Darga #BarchundiSharif in #Ghotki. As per Dargah girls wanted to convert to Islam since long influenced by it's teachings but 1st act after conversion was underage marriage pic.twitter.com/ztl3x13q6N

Family of Reena and Raveena who were forcefully converted to Islam registered FIR with local police for "abducting to compel to marriage". Age in FIR is 14 & 16. Under Sindh Child Marriages Restraint Act every citizen under 18 falls under definition of child and cant be married pic.twitter.com/RN2RpjPATB

The federal government’s representative informed the bench that the inquiry will be completed within a week.

“The court will protect fundamental rights of each citizen,” said the CJ. He then ordered that the girls be taken under protective custody by the federal government and directed Islamabad Deputy Commissioner Hamza Shafqaat to appoint an SP rank woman police officer to look after the girls.

He also ordered the district and sessions court to appoint a guardian judge to oversee the case. “The girls cannot be taken to Sindh until the case is being heard,” the judge asserted.

The court sought reports from the federal and provincial government in the next hearing fixed for April 2.