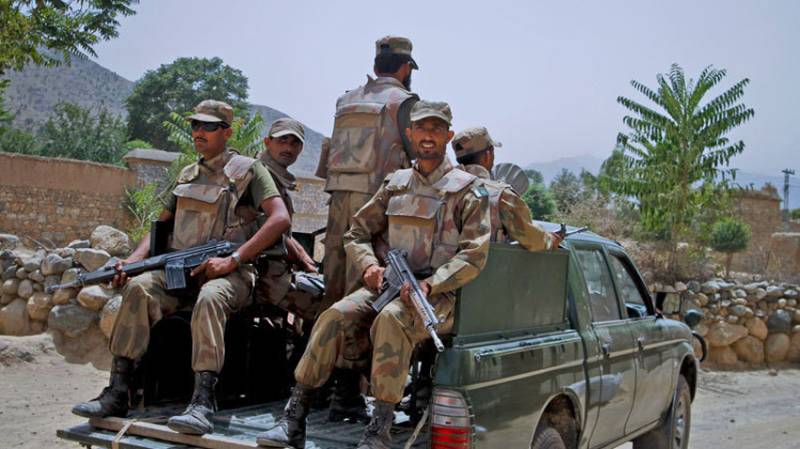 QUETTA – A total of six terrorists were killed in separate operations of the security forces in two area of Balochistan and Khyber Pakhtunkhwa provinces, the Radio Pakistan reported on Tuesday.

In an intelligence-based operation in the Loralai district of Balochistan on Tuesday, security forces raided a house in the Nasirabad area on a tip-off. As security forces surrounded the property, the militants opened fire and left four security personnel injured. The terrorists then reportedly blew themselves up inside the house.

The blast caused the walls of a neighbouring property to collapse, injuring four civilians. They were admitted to a local hospital for treatment.

According to military sources, the house where the terrorists had taken shelter has been cleared.

In another development, two terrorists of a banned outfit have also been killed in exchange of fire with security forces in Tehsil Draban of Dera Ismail Khan district.