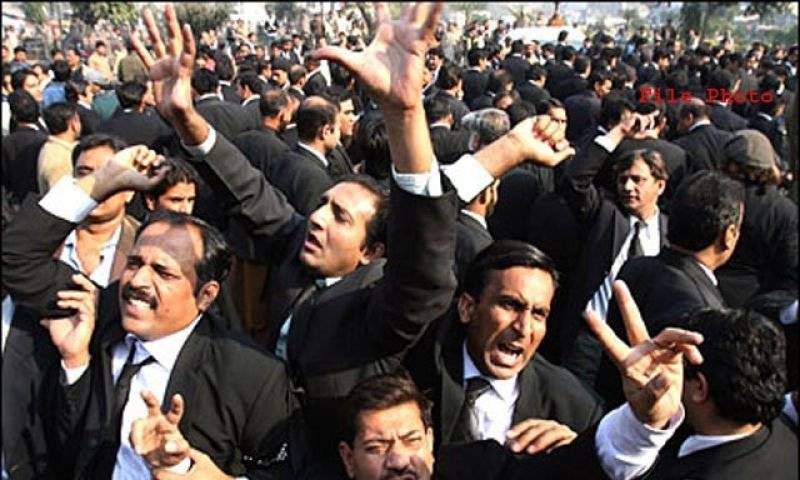 LAHORE (Web Desk) - Following the violent clashes in Daska in which two black coats were shot dead by police, enraged lawyers on Tuesday attempted to break into the Punjab Assembly, having so far succeeded in setting fire to the shade in front of the Punjab Assembly gate. 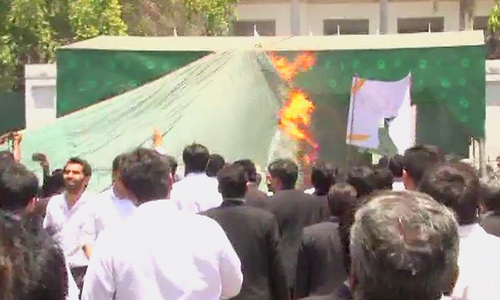 The law and order situation in Lahore has deteriorated, as the lawyers' protests are intensifying. 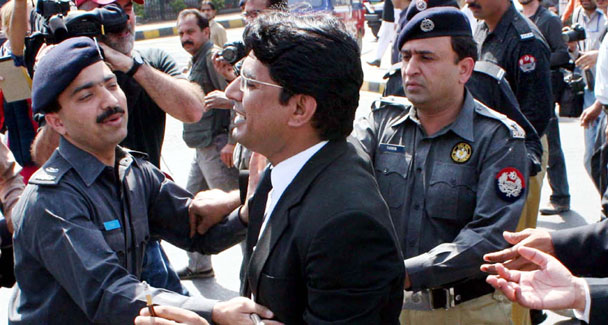 The Metro Bus service from MAO College to Gajjumata has been suspended due to protests occurring in the vicinity of the college.

Meanwhile, the protests on Mall Road restarted after a short pause, and GPO Chowk has been closed for traffic. No police forces are present on The Mall. Policemen who were deployed there have already left the scene to save themselves from the lawyers’ fury.

On Tuesday morning, lawyers wielded with sticks surrounded an Elite Force vehicle at the scene, smashing the windows in. Initially, protesters tried to set it on fire, however, after vandalising the vehicle, a handful of protesters succeeded in overturning it. 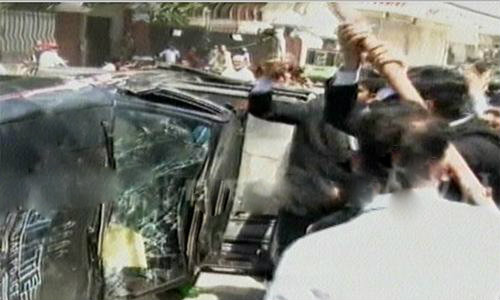 According to a senior bar member, a 'rebel group' of lawyers of the Lahore High Court are engaging in violent protests, having rejected attempts to make them see reason.

A lone policeman present at the scene was nabbed by protesters, who accused him of spying on them, and beat him. 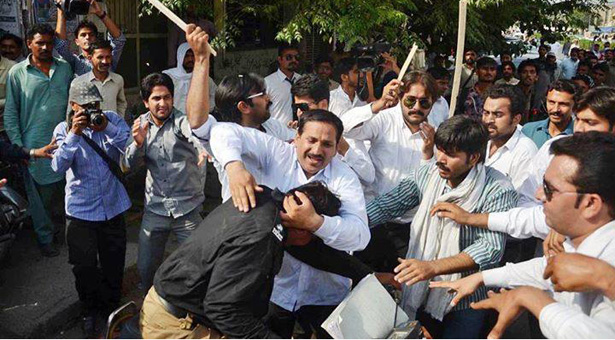 Young lawyers protesting outside the Lahore High Court accused their seniors of 'playing politics with their bodies', saying they had been 'sold'.

Lahore High Court Bar Association President Masood Chishti also arrived on the scene, attempting to defuse the situation, protesters misbehaved with him - even trying to beat him - and accused him of trying to 'sell their blood', calling him a representative of the government, not of the lawyers.

The lawyers are protesting outside judge's gate of the LHC too, saying that until Chief Minister Punjab Shahbaz Sharif makes an appearance, they will not move.

Protesters have been sloganeering against the government, calling for the arrest and punishment of the Daska police station SHO, Inspector Shahzad Warraich, who is believed to be responsible for the deaths of two lawyers in Daska yesterday.

Calls for protest came from the Punjab Bar Council and the Lahore Bar Association.

Sporadic violent protests erupted in several cities of Punjab after two lawyers, including the president of the local bar association, were shot dead on Monday.

Daska police station SHO inspector Shahzad Warraich allegedly fired at the lawyers who were protesting outside the Daska tehsil municipal administration (TMA) office on Kutchery Road against its record keeper for allegedly misbehaving with a lawyer, Amir Shahzad Bajwa. 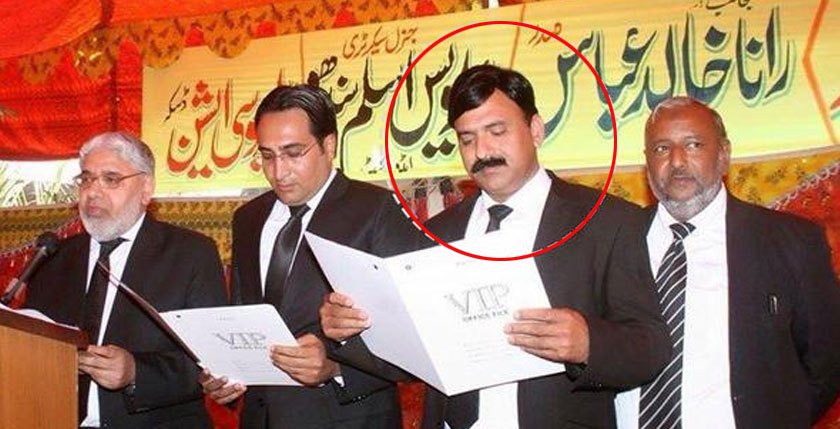 Rana Abbas died at the Daska hospital and Irfan Chohan lost his life while he was being taken to Lahore’s Mayo Hospital. The condition of the injured lawyer, Zohaib Sahi, and passerby Shahbaz was stated to be critical at the Daska Civil Hospital.

Chief Minister Shahbaz Sharif has ordered a judicial inquiry into the incident and a joint investigation team (JIT) to investigate the incident, saying all responsible police officials would be taken to task.