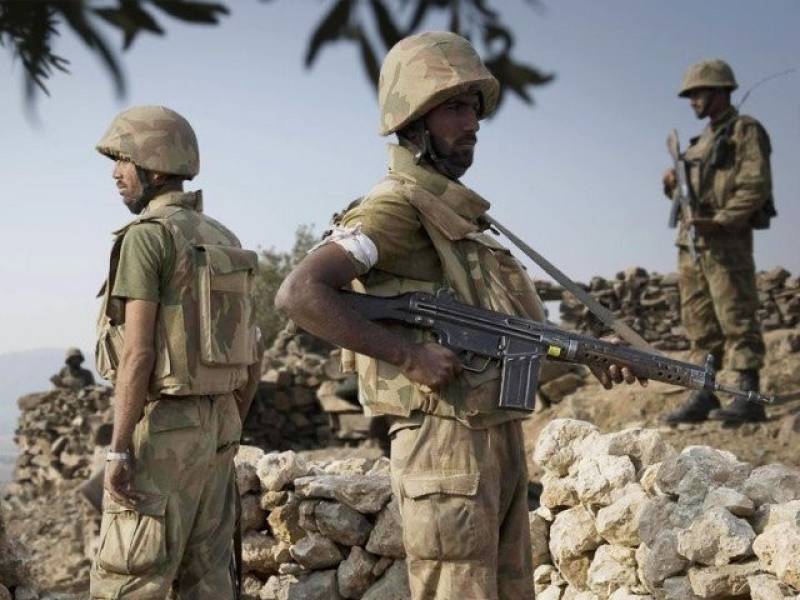 MIRANSHAH – Three members of Pashtun Tahafuz Movement (PTM) were killed while another 10 got wounded in an exchange of fire with the country's security forces in North Waziristan tribal district on Sunday morning.

Five army personnel were also injured in an assault on the security check-post, the Inter-Services Public Relations (ISPR) said in a statement.

"A group led by Mohsin Javed Dawar and Ali Wazir, assaulted Kharqamar check post, Boyya, North Waziristan tribal district this morning. They wanted to exert pressure for the release of suspected terrorists’ facilitator arrested the other day," the statement added.

Troops at the check post exercised maximum restraint in the face of provocation and direct firing on the post. Due to the firing of the group, 5 Army soldiers got injured. In exchange of fire 3 individuals who attacked the post lost their lives and 10 got injured. All injured evacuated to Army Hospital for treatment," the statement by the Army's media wing maintained.

"Ali Wazir along with 8 individuals have been arrested while Mohsin Javed is at large after inciting the crowd."

Hours after the deadly clash between PTM supporters and the security forces in North Waziristan, the top military spokesperson vowed not to allow anyone to ‘undo the gains of decades-long national struggle and sacrifices of brave Pakistani tribesmen’.

NWTD incident. Innocent PTM supporters / workers need care. Only few are inciting and using them against state institutions for vested agenda. No one will be allowed to undo the gains of decades long national struggle & sacrifices especially of brave Pakistani tribals.

A curfew was imposed in North Waziristan following the incident, and landline, internet and cellphone services have all been suspended.

Earlier, on May 6, a first information report (FIR) was registered against members of Pashtun Tahafuz Movement’s (PTM) central committee including MNA Ali Wazir in North Waziristan.

The Pashtun Tahafuz Movement, or the Pashtun Protection Movement, is a social movement for Pashtun human rights based in Khyber Pakhtunkhwa and Balochistan. Since its foundation, the group has insisted for the de-mining of the erstwhile tribal areas and an end to the practices of extrajudicial killings, enforced disappearances and unlawful detentions.