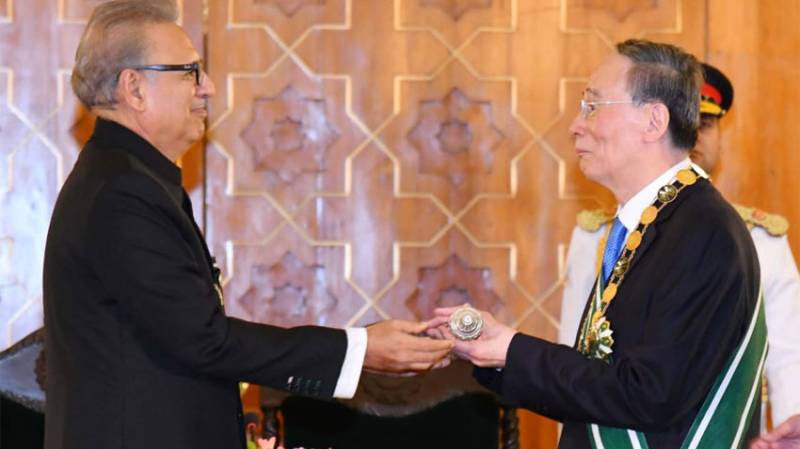 Nishan-e-Pakistan is the highest civil award that is granted for the highest degree of service to the country and nation of Pakistan.

The ceremony was attended by the Senate chairman, services chiefs, cabinet members, MNAs and foreign dignitaries, the Radio Pakistan reported.

Earlier, President Arif Alvi held a meeting with Mr. Qishan at the Presidency, where they discussed bilateral relations and matters pertaining to mutual interests during the meeting. 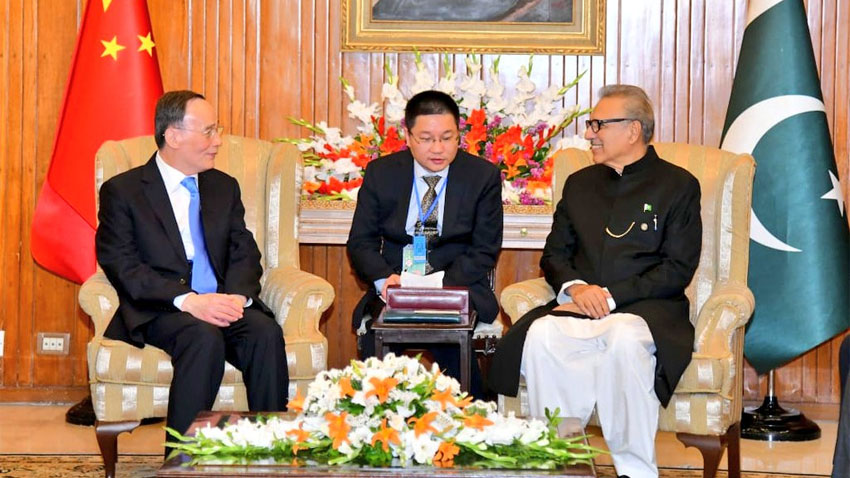 Foreign Minister Shah Mahmood Qureshi, Planning Minister and the other high officials were also present during the meeting.

Wang Qishan is a great friend of Pakistan and ardent supporter of Pak-China Friendship. He played a pivotal role in spearheading the revolutionary agenda of President Xi Jinping.