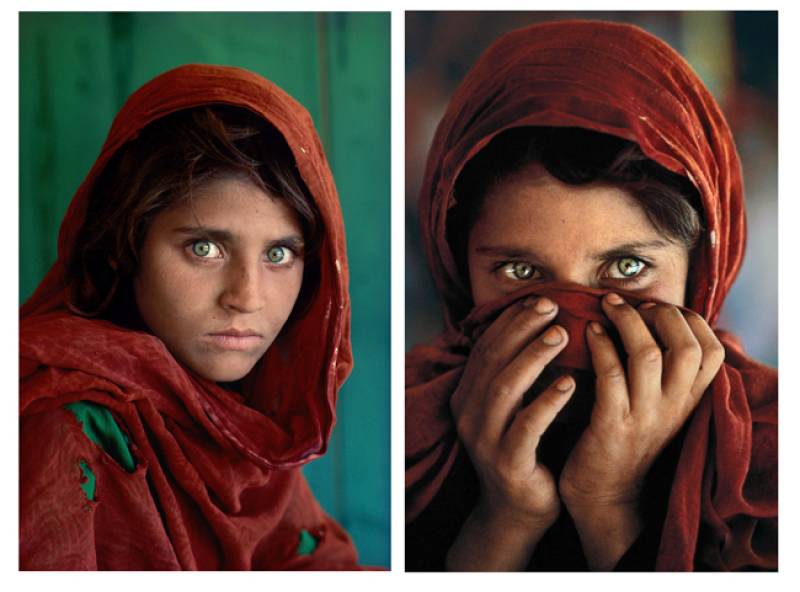 PESHAWAR - The green-eyed 'Afghan girl' who rose to global fame when a 1985 issue of National Geographic magazine published a haunting picture of her on its cover, was arrested in Peshawar on Tuesday.

Sharbat Gula was arrested by the FIA from the Nothia area for illegally possessing a Pakistani ID card.

According to FIA sources, Bibi had Pakistani and Afghan ID cards in her possession, whihc were recovered by officials.

Sharbat Gula could face seven to fourteen years prison sentence along with fine ranging between $3,000 to $5,000, if convicted by the court.

Last year, NADRA issued three CNICs to Sharbat Bibi and two men who claimed to be her sons. Issuance of CNICs was in violation of the rules and procedures of NADRA.

NADRA's vigilance department and an FIA official rejected information provided on the NADRA form as fake, and the FIA official ordered cancellation of CNICs of Sharbat and her alleged sons.