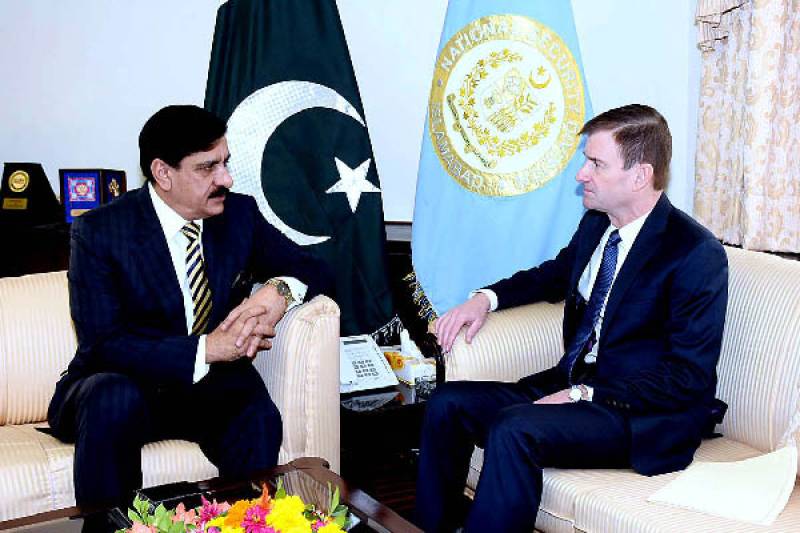 ISLAMABAD – The National Security Adviser emphasised the need to break the nexus of Afghanistan-based terrorists who were operating under the patronage of National Directorate of Security (NDS) and Research and Analysis Wing (RAW).

The ambassador condemned the attack on Quetta’s Police Training College and expressed his deepest regrets and also offered all out help from the US.

The National Security Adviser briefed him on the efforts Pakistan was making to improve the security situation by implementing National Action Plan.

They were being covertly supported to come and hit the soft targets in Pakistan, he added.

He said terrorists who attacked the Police Training College were constantly in touch with their accomplices based in Afghanistan, adding Pakistan needed US support in the matter.

The US ambassador also apprised NSA of the initiatives the US had taken to improve the security situation in Afghanistan.