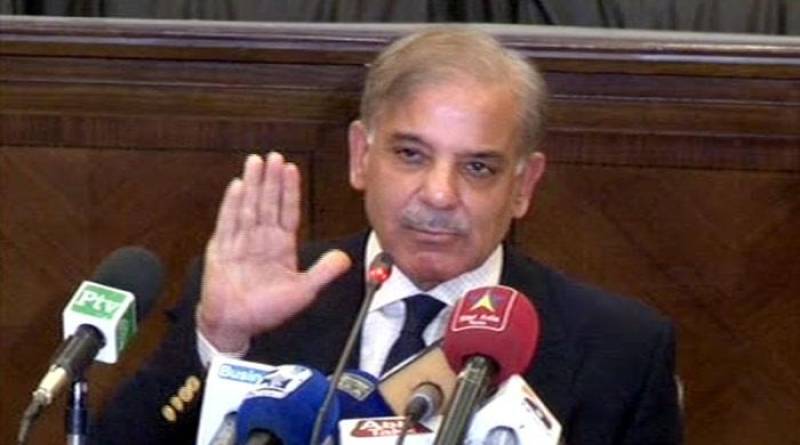 During a press conference in Lahore on Wednesday, the CM reacted to the allegations of kickbacks and massive corruption by the PTI chairman.

Shehbaz Sharif said that he was not asking the PTI chairman to prove his allegations in court. "No, I am going to court against him. Let it be decided for all time to come…forever," he said.

The Pakistan Muslim League - Nawaz (PML-N) leader said that he will issue a mandatory 14-day legal notice to Imran Khan, after which he will take the PTI chairman to court.

"Whether a reply comes or not, I will approach the court. If the court proves the allegations against me, then I and my children will forever leave politics,” he stated.

Speaking about the man, Javed Sadiq, of whom the PTI chairman earlier claimed was a 'front man' of Shehbaz Sharif, the chief minister said: "Sadiq was allotted a tender of IT Tower during Pervaiz Ilahi government in Punjab. The man made an offer on behalf of a Chinese company and he would have got another tender, had he been a front man."

Imran Khan had alleged that rulers of the country were involved in corruption through their frontman, Javed Sadiq.

The PTI chief said Sadiq was Shehbaz Sharif’s frontman and had received Rs 15 billion in commission to date. He also released pictures of Sadiq.