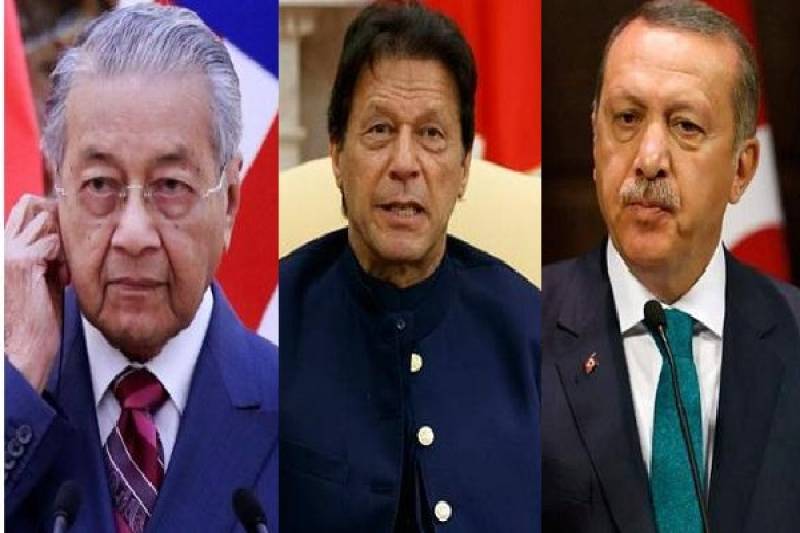 In a Tweet, Prime Minister Imran said, "President Erdogan, PM Mahatir and myself had a meeting today in which we decided our three countries would jointly start an English language channel dedicated to confronting the challenges posed by Islamophobia and setting the record straight on our great religion - Islam."

"Misperceptions which bring people together against Muslims would be corrected; issue of blasphemy would be properly contextualised; series & films would be produced on Muslim history to educate/inform our own people and the world; Muslims would be given a dedicated media presence," he added.

Noting the growing incidence of discrimination and violence based on religion and belief, the Prime Minister underscored the importance of addressing both the drivers and consequences of these phenomena.

The Prime Minister rejected attempts to equate Islam with terrorism, noting that such self-serving approaches are dangerous and therefore should be eschewed.

He underlined that the United Nations provides an important platform to evolve an informed discourse on countering these phenomena. The Prime Minister also called for promoting greater understanding and tolerance among and between communities across the world.

Speaking on the occasion, Turkish President Recep Tayyip Erdogan also called for a balance between exercising the right to freedom of expression and freedom of religion. He also expressed his concern over the situation in occupied Kashmir reiterating his call for a just solution of this longstanding dispute.

The High Representative of the UN Alliance for Civilizations drew attention to the existence of conflicts and disputes that lay at some of these phenomena and called for addressing them.