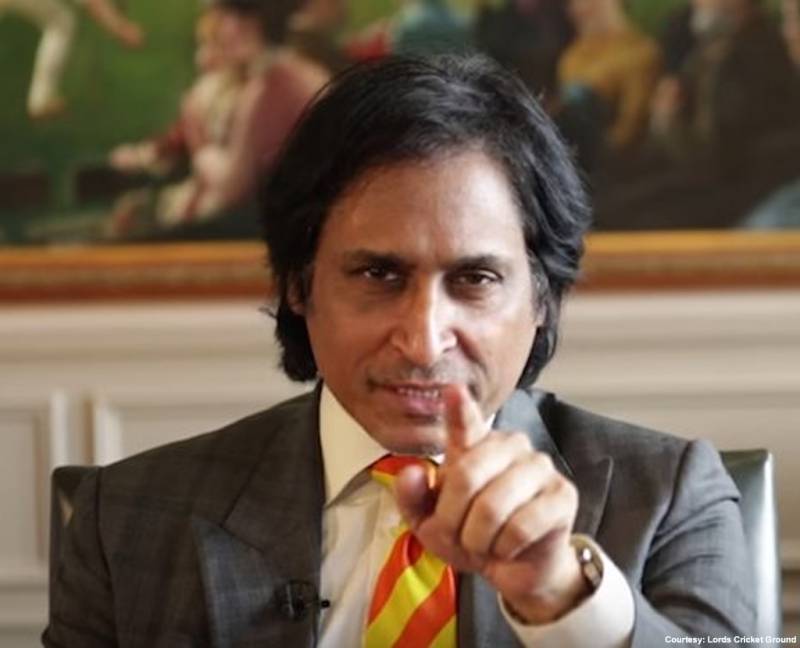 ISLAMABAD - Famed cricket commentator Ramiz Raja stated on Saturday that the political shows currently being broadcasted in the country were mostly negative and agenda driven.

A day after Raja faced the falk for commenting on something other than cricket, the former cricketer took to Twitter and expressed that being a citizen he had every right to have an opinion on politics.

The former cricketer also highlighted his experience with media and said he could 'comment on the state of TV channels & show'.

As a citizen think I can have an opinion on anything &verything including politics. Also with 22 yrs of international tv experience I can comment on the state of TV channels & shows. Political shows are mostly negative, agenda driven, lacking solid editorial & political intellect

Raja's tweet came a day after he took aim at the political shows and anchors for showcasing opposition's 'morbid' views, who, in his opinion, had fu**** up Pakistan.

The commentator shared that the public deserved bearing the brunt of inflation for voting them [opposiiton] in power in the previous 10 years.

Soon after Raja's blunt tweet on Friday, social media users had lambasted him and questioned his ability to talk about politics instead of Cricket; renowned journalists had also advised Ramiz Raja to better stick to his niche instead of discussing politics.

"Sadly you lack all those qualities, poking nose in a field of politics which you know nothing about is unfortunate," journalist Owais Toheed had suggested.