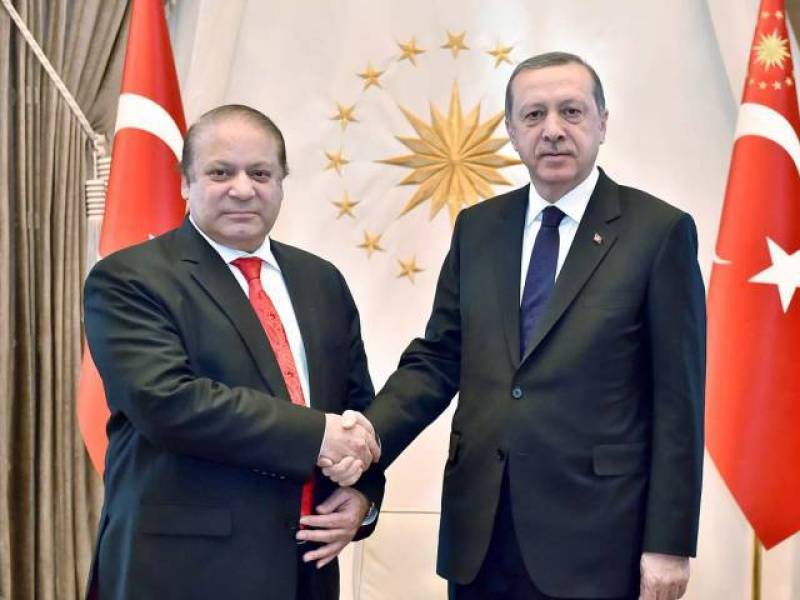 ISLAMABAD - Turkish president Recep Tayyip Erdogan will arrive in Pakistan on Wednesday to attend the ECO summit in Islamabad, it has been learnt.

According to reports, Erdogan will hold bilateral meetings with leaders of member countries to discuss and exchange ideas on ongoing regional and international developments.

Pakistan is hosting the 13th Economic Cooperation Organisation summit for which arrangements have been finalised. The summit will be preceded by a two day long senior officials' meeting starting from Sunday and a Foreign Ministers' Meeting on Tuesday.

Pakistan last hosted the third ECO Summit in Islamabad in May 1995.

ECO was established in 1985 by Pakistan, Iran and Turkey. Later on, Azerbaijan, Afghanistan, Kyrgyzstan, Kazikstan, Turkmenistan, Uzbekistan and  Tajikistan were also included.

Briefing media persons in Islamabad on Saturday, Adviser to Prime Minister on Foreign Affairs Sartaj Aziz said that most of the member states had already confirmed participation at heads of state or heads of government level.