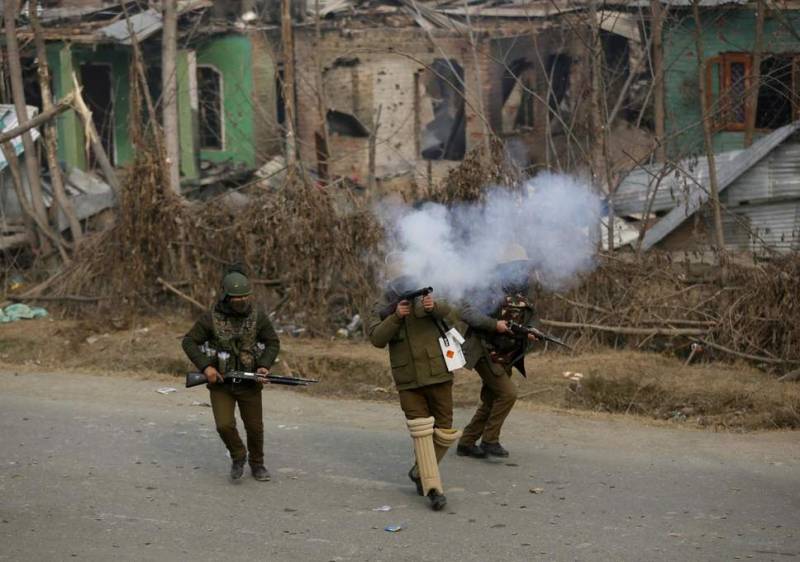 SRINAGAR - Indian troops have killed two Kashmiri youth in Shopian district in their fresh act of state terrorism in the Held Kashmir, on Wednesday.

According to the Kashmir Media Service (KMS), the troops shot dead the young Kashmiris during a cordon and search operation in Memender area of the district.

After the barbarian act of killing the innocent Kashmiri youths, triggered large anti-India protests and clashes among the locals and armed Indian troops in the area. The operation continued till last reports came in.

NEW DELHI - Amid a wave of violence in Jammu and Kashmir, Indian Supreme Court on Friday ordered to enhance protection ...

ISLAMABAD – Members of the sub-committee on Human Rights of European Parliament have called for implementation of the ...

The Joint Resistance Leadership has called for a two-day complete shutdown against the NIA crackdown and extensive spree of arrests in the Kashmir valley.

In a statement, the Kashmiri leadership comprising Syed Ali Gilani, Mirwaiz Umar Farooq and Muhammad Yasin Malik said that the arrest of thousands of Kashmiri people and threat to the state subject law, Article 35-A, are all acts on the part of India, which are aimed at suppressing the voice of the Kashmiri people by the dint of military might.