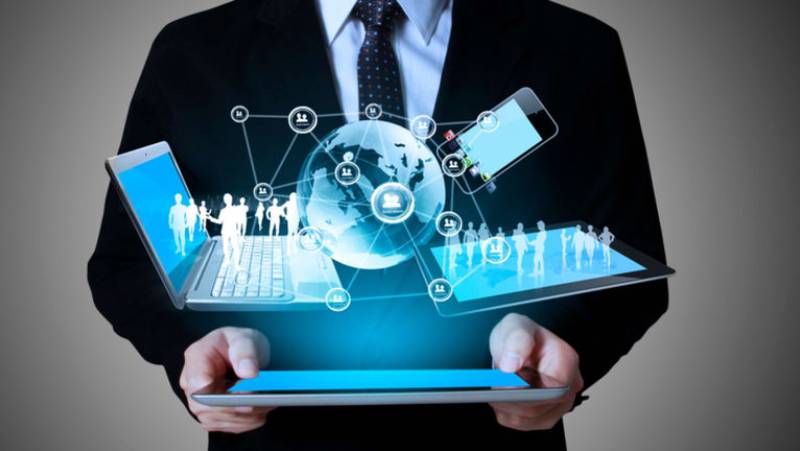 ISLAMABAD – The Information Technology (IT) and Telecommunication industry of the country has contributed US $ 540 million foreign exchange to national kitty through exports during first two quarters of this fiscal year 2018-2019.

The telecommunication, computer and information services managed to export IT and IT-enabled services worth US $ 540 million, seeing an increase of US $ 20 million as compared to exports figures of same period last year, statistics of State Bank of Pakistan (SBP) revealed.

The year-on-year increase of just 3.8 per cent in export value of IT industry is a lower than expected and it is likely due to impact of rupee's depreciation against dollar.

It is pertinent to mention here that Pakistan's IT industry achieved a benchmark of US $ 1.065 billion of exports in last financial year 2017-18.

The present government has also emphasized digitization of the economy and the IT sector. It has formed a special task force on IT, comprising big names in industry, for promotion of the sector and facilitating job creation and exports growth.

The targets set for IT exports are ambitious but can be achieved if opportunities are availed timely by national companies in fields such as Cloud Computing, Mobile Apps, Artificial Intelligence, block chain and etc.

According to Pakistan Software Export Board (PSEB), Pakistan's IT & ITeS-BPO industry comprises more than 2,500 companies, and this number is growing each year. The industry employs over 300,000 English-speaking professionals with many world-class experts in current and emerging IT products and technologies.

The IT is one of the sectors which has a lot of potential. It can not only increase the much-needed export receipts of the country but it can also provide jobs to millions of Pakistanis if they are provided opportunities and training.

Pakistan is ranked as the 4th most popular country for free-lancing in Online Labor Index published in 2017 by Oxford Internet Institute (OII). It is also listed as the 4th most financially attractive country in the world for outsourcing services as per A.T. Kearney's Global Services Location Index 2016.