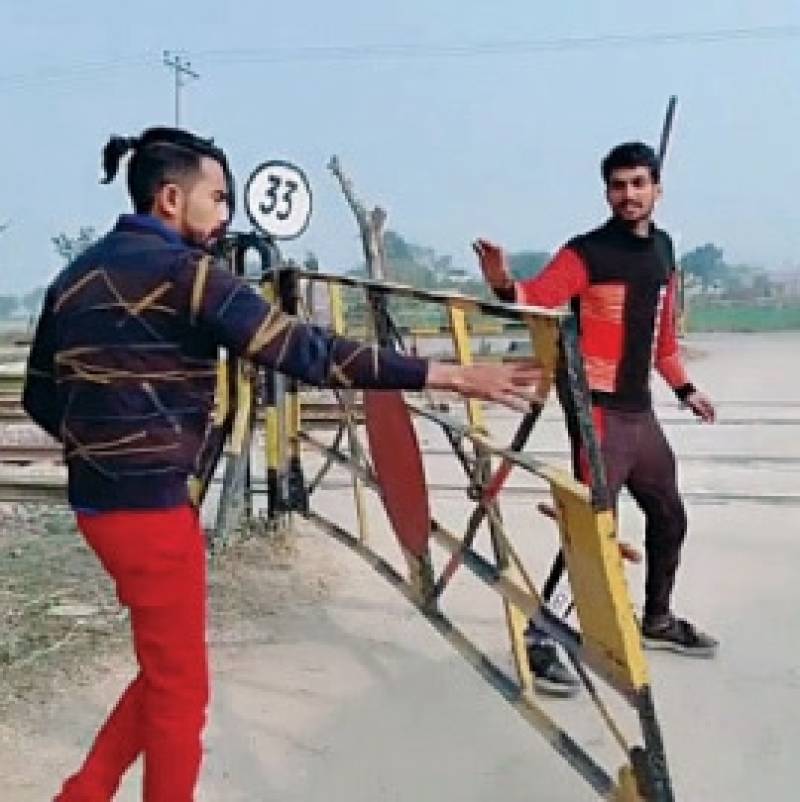 LAHORE – Two youngsters have been arrested for making video clips at the main railway line in gross violation of the rules and regulations.

According to the Railways police, they were identified as Israr Gondal and Zohaib, apparently, shooting videos for TikTok at a level crossing (No-33) on Raiwind-Jia Bagga section.

"They were busy for uploading the clips on the social media platform when police approached and arrested them,” Railway police Assistant Inspector General (Admin) Malik Attique told in a press conference on Tuesday.

Both the suspects were presented before the media, who confessed to having violated the rules.

On January 23, a young man was hit and killed by a train in Rawalpindi while being filmed walking along the tracks for a TikTok stunt, police and rescue official said.

The accident happened in the Shah Khalid neighbourhood of Rawalpindi city, near Islamabad. Hamza Naveed, 18, was walking next to the tracks while a friend filmed him, Raja Rafaqat Zaman, a spokesperson for the local rescue agency, told media.

“The moving train hit him while he was posing for a video and walking on the railway track,” Zaman said.

Taking selfies and making videos for social media is wildly popular in Pakistan, as in other countries, with many youngsters using the posts to update their Facebook, Twitter and TikTok accounts.