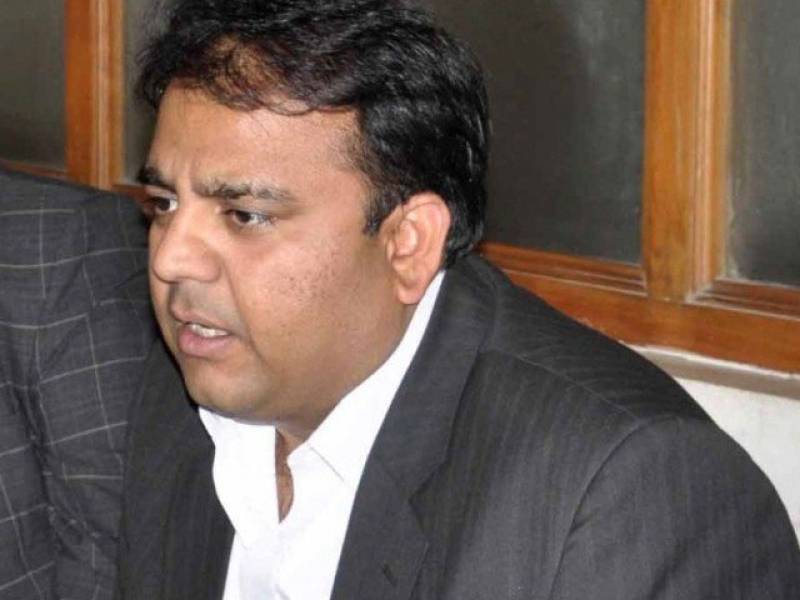 KARACHI - As the Pakistan Tehreek-e-Insaf (PTI) is set to form the government in center, as well expectedly in Punjab, Fawad Chaudhry, the party spokesperson, has expressed his willingness to become the chief minister of Punjab.

Talking to a private news channel, the spokesperson responding to a question said: It would be insincere if I say that I do not want to become the chief minister. He said it would be a "great honour" for him if Imran Khan nominates him for this post.

Chaudhry also hoped that PTI would for government in Punjab and Khyber Pakhtunkhwa independently, adding that the party may have to join hands with allies in Balochistan.

The Election Commission of Pakistan has released around 95 percent of results so far.

According to official results, the Pakistan Tehreek-e-Insaf is on the top with 110 seats in National Assembly, making it enable to form the new government in the country for the first time.

The Imran Khan-led party also managed to bag victory in the Khyber Pakhtunkhwa (KP) with 66 seats and will continue to rule the province for next five years.

It also dented Pakistan Muslim League-Nawaz politics in Punjab where the PTI has won 118 seats. It can also form the government in the province as the efforts are underway to woo the independent candidates and others, giving a major blow to the N-league.

The PTI has won 20 and 4 seats in Sindh and Balochistan respectively, the official data shows.

PML-N has bagged 63 NA seats, 127 in Punjab, 0 in Sindh, five in KP and it could win just a single seat in Balochistan