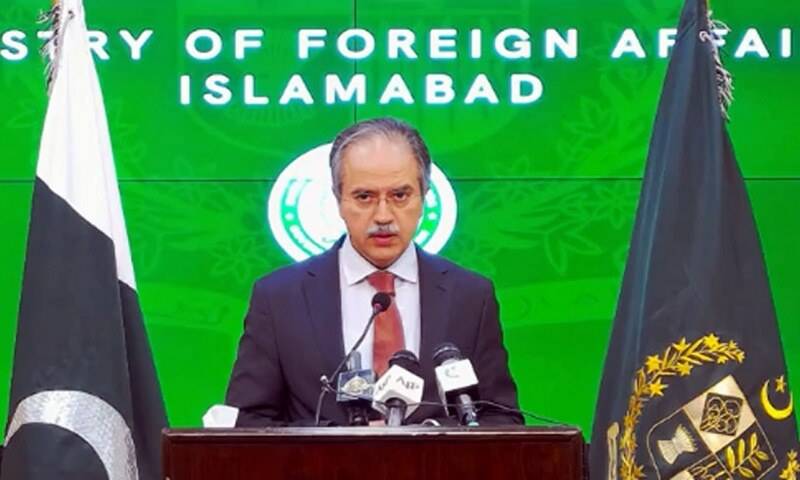 ISLAMABAD – Pakistan has categorically rejected baseless and misguided remarks made by the Official Spokesperson of the Indian Ministry of External Affairs in an effort to politicize the China- Pakistan Economic Corridor (CPEC).

In a statement, Foreign Office Spokesperson Asim Iftikhar said the CPEC is a transformational project and a harbinger of stability, mutual cooperation and shared development for the region. As a flagship of the Belt and Road Initiative and hallmark of the Pakistan-China All-Weather Strategic Cooperative Partnership, CPEC provides a vehicle for the people of the region to break from zero-sum approaches.

He said China’s investment in CPEC has helped Pakistan overcome the energy and infrastructural bottlenecks that once constrained growth and development.

Asim Iftikhar said attempts to cast aspersions over CPEC show India’s insecurity as well as the pursuit of a hegemonic agenda that has held back socio-economic development in South Asia for decades.

While rejecting India’s fallacious assertion that CPEC impinges on its “sovereignty and territorial integrity”, it is pointed out that it is in fact India that is illegally occupying the state of Jammu & Kashmir for over seven decades while perpetrating gross and widespread human rights violations and effectuating blatant territorial and demographic changes in the occupied territory in complete contravention of international law and relevant UNSC resolutions.

The spokesperson said India’s attempts to mislead the international community about the status of Jammu and Kashmir and to hide its atrocities against the Kashmiri people will never succeed.  He said India is cautioned to desist from falsehoods and baseless claims over a territory that it continues to illegally occupy through brute force.

Asim Iftikhar said the Jammu and Kashmir dispute remains an internationally recognized dispute on the UN agenda and its solution lies in exercise of the right of self-determination in accordance with the relevant UN Security Council resolutions and the wishes of the Kashmiri people.

ISLAMABAD – Pakistan has completely rejected and strongly condemned the unwarranted and totally unacceptable ...